For some reason, those who regularly distribute praise of "underground" UK pop-psych gems such as the Small Faces' Ogdens' Nut Gone Flake or the Pretty Things' S.F. Sorrow consistently let the Blossom Toes albums slip by unmentioned. The sound of the Blossom Toes debut, though unknown to most, is probably best compared to Magical Mystery Tour, which is a comparison that should be enough to make any '60s nut flip. For me, hearing "Look At Me I'm You" for the first time was absolutely like discovering an unknown (to me) jewel. With the George Martin-esque full-scale production and obvious major-label polish, it's a shame that this record has been overshadowed by the numerous timeless masterpieces released in the same year, the names of which even casual music fans are fondly aware.

Since the stereo version is the only variant commercially available these days, I was curious for several years what the original mono mix of this album might sound like. No transfer of the mono LP has ever been published online, making this post its public digital debut. After M.H. sent me a dub of his copy, and I realized that it featured a dedicated mix -- and indeed, quite different from the stereo one -- I became determined to track down a mint copy for the proper audio restoration project. After some searching, luck, and much labor, I've finally finished that task. 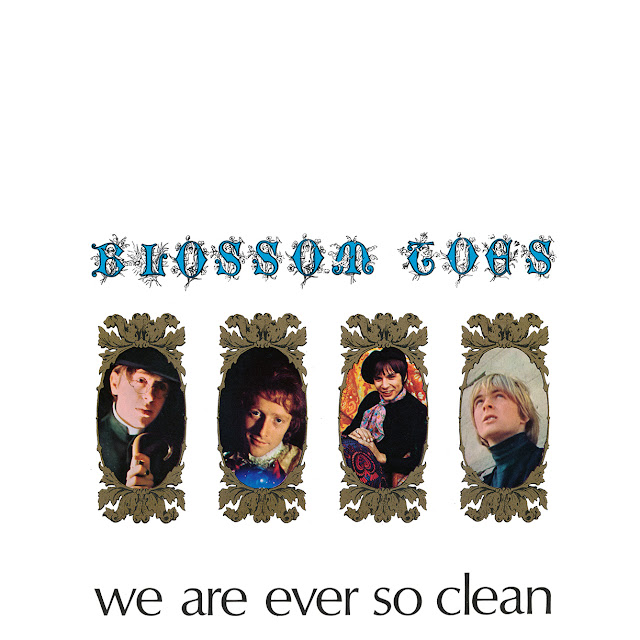 Apart from the opening track, truly mind-melting freak-psych is sadly not this record's forte. Perfect acid storms like "Look At Me I'm You" are strewn around next to dull British humor and boring, straight-ahead pop. Furthermore, this mono mix is much lower-fi than the stereo. While the latter mix of "Look At Me I'm You" (here) lunges out of the speakers to tickle your ears with unexpected dissonances, backwards guitar, vocal harmonies, strange structures, and unusual surprises of every sort, the mono mix just kinda rolls over and dies. The treble is nearly nonexistent, and there are phase cancellation issues in the percussion. It's disappointing as all hell, to be totally honest.

But this mono variant is not altogether disposable; side 2 in particular seems to boast the most improvement from that famously "punchy" mono sound. And it wasn't until I heard this mono disc that I realized what a cool song "What On Earth" is. While admittedly not as totally tripped-out as the side 1 opener, the extra overdubs and better balance on the mono version give that track a character at least as good as any song on the canonical records I mentioned in the header above. It's still unmistakably British, with horn overdubs and a lyrical style that tea-sippers of all ages could enjoy, but while maybe a bit flimsy, its altogether different ambience from the edgier, blues-oriented stuff that was beginning to appear around this time makes it quite its own worthwhile experience.

Decent reissues of this album (in stereo) can be found online without issue; in fact, a remastered 3CD box was released earlier this year. There's a nice review by Ian Canty, which I will point you to in lieu of a longer blog post: he sums up several points quite nicely. The lack of a mono disc on that deluxe set seems to suggest missing or destroyed master tapes. While the bonus tracks are interesting, unfortunately no one seems to have instructed engineer Ben Wiseman to keep his hands off the damn gain knob, which means that the (still cheap!) 1992 Japanese Polydor CD remains the best way to hear the stereo mix in the digital domain. If you somehow haven't heard this record in your thus-far pitiful life, you must cease your dilly-dallying and acquire a copy of that disc now! For all the speedy freaks who don't have time to listen to the whole LP, it's worthwhile to denote some of the most significant differences between the two mixes. It's also useful to denote which mix, STEREO or MONO, that my brain prefers on a track-by-track basis, though of course your own ears should be the final judge... also note that my comparisons are from the mono LP to the 1992 stereo CD mentioned above, which isn't totally apples-to-apples.

Look At Me I'm You: STEREO
Marginally longer (~2 seconds) fade-in on the mono mix, with drastically muted percussion and AM-radio-quality sound throughout. Volume of the vocal tracks is increased relative to the instrumental. The acoustic guitar fades in much later in the middle section, leaving several seconds of a capella vocals. Much slower fade-out at the end, leaving the final repetitions of "look at me, I'm you!" louder than on the stereo mix.

I'll Be Late For Tea: STEREO
Immediate and obvious improvement in fidelity from the mono opener. Vocals again louder on the mono mix, in addition to auxiliary percussion, and it sounds overall more balanced than a mono fold of the stereo mix. Unfolded, though, the stereo sounds fine, and still has marginally better sound quality.

The Remarkable Saga Of The Frozen Dog: MONO
Vocals are dramatically reduced compared to the stereo version, yielding a much more balanced sound. The louder instrumental track makes this song feel a little less silly than it is. The mono version fades out more than 15 seconds earlier than the stereo mix, and although it's obviously lower fidelity, it just seems to be a bit more well-rounded.

Telegram Tuesday: STEREO
No huge differences, apart from the major fidelity upgrade on the stereo mix. A mono fold can fix those drums in the right channel, if you're so inclined.

Love Is: STEREO
The mono has a slightly quieter flute on the intro, and more carefully blended vocals. For a cheesy track like this, though, the vocal boost on the stereo is more fitting, and the better treble makes this sound less like a lame '50s orchestral group's B-side (and more like a lame '60s B-side).

What's It For: MONO
Better balance on the mono mix, with lower vocals and none of the annoying, super-wide mixing choices (drums are all the way on the right on the stereo). The fidelity argument doesn't trump the superior mix on this one, for me. The vocals on the stereo mix are clearly double-tracked, whereas I can barely hear the second vocal on the mono.

People Of The Royal Parks: MONO
I don't like this song, but the mono seems to offer the best experience to those that do. The stereo feels echo-heavy and unbalanced, almost like the EQ is too bright, or like it's not even a true stereo mix (though it is).

What On Earth: MONO
This is the highlight of the mono LP. This superior mix can also be found on the mono 45. It has much better balance, mostly attributed to quieter vocals, while the sound effects and orchestral flares really add to the potion instead of distracting from its crux. There's an extra scream after the washing machine line, some tambourine towards the end, and the fade-out starts a little later than on the stereo version. This track was meant to be heard in monaural sound!

Mrs. Murphy's Budgerigar: MONO
The enhanced clarity of the stereo mix is a plus, but the wonky channel positioning of the lead vocals (in only the left channel for much of the song) ruins it for me. Fade-out again begins later on the mono.

I Will Bring You This And That: MONO
There's marginally better balance on the mono mix (quieter vocals) and the audio fidelity is surprisingly similar. Fade-out is more gradual on the mono.

Mister Watchmaker: MONO
A boring ballad, but the mono is a bit better-balanced and less "wonky" than the stereo.

The Intrepid Balloonist's Handbook, Volume One: MONO
This record would be better without this song on it, but the mono at least improves the instrument balance and removes the wide-channel mixing.

You: MONO
This is another track where the balance improvement on the mono is obvious, even though the percussion isn't quite as snappy as a mono fold-down of the stereo. The mono also fades out a bit later, revealing an extra 4 seconds of audio.

Track For Speedy Freaks (Or Instant LP Digest): STEREO
This track must've sounded pretty freaky indeed in the pre-Audacity days. (I wonder if these guys had ever heard of the Red Crayola?) It'd be quite interesting to see the multi-track layout for this song, as both mixes seem to feature the same track collage -- but with the added separation on the stereo, there's an extra dimension to the noise. 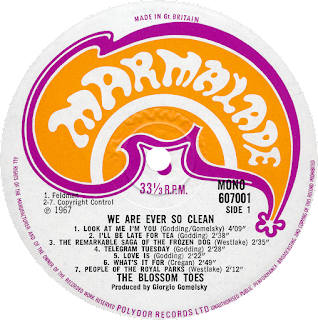 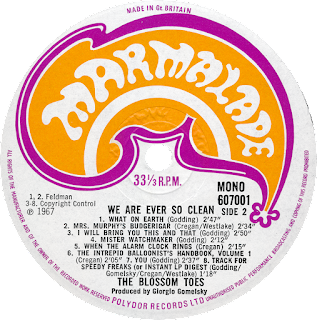 Posted by ThePoodleBites at 1:45 AM

I have been working in vinyl restoration for many years. I have done it for the love of music, not for the love of money. I have submitted masters to record labels and released digitizations that reveal the limitations of other labels' (and engineers') products. If you have a piece of vintage audio that you would like digitized, don't trust a company that could care less about their end product than they could about the recording itself. Please contact me I will happily and freely transfer any rare recordings for you. Alternatively, see the "FAQ" post here for my want list for albums I am willing to purchase and rip to share here for all. There is too much great unheard music out there to let it suffer at the hand of careless individuals with only a dollar in mind.
For those with such inquiries, you can contact me via email: thepoodlebites561 (at) gmail. Thanks, and enjoy the music!