"I will make the bold claim that Bobb Trimble's two albums are the best self-released albums of not just the '80s, and not just the psych genre, but possibly in all of rock."  ~Aaron Milenski

"Rated by most as the best psych LP of the 1980s. One of those obscurities (like Golden Dawn) that blows even non-psych fans away... an essential experience."  ~Patrick Lundborg

I'm quite excited to present a restoration & transfer of this phenomenal album for the first time ever in high-resolution sound. Much has been said about this now-classic psychedelic fantasia, but its brilliance as not just an album but a complete work of art cannot be overstated. No reissue has ever correctly and fully replicated the original LP, but now it is available for all here. Below I also share the differences between the original mix presented here and all reissues, answering once and for all the various questions of a remix which have circulated over the years. If you've never heard of this album before, take some time to check this rip out: this one comes as a high recommendation! 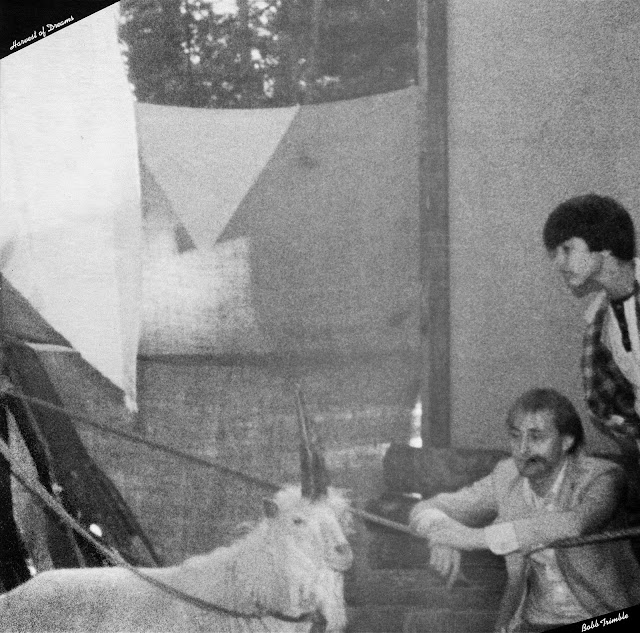 While Harvest is actually Worcester, Massachusetts-native Bobb Trimble's second LP, it is definitely his premier moment. The album is so richly constructed with musical ideas that one is guaranteed to require multiple listens to fully appreciate its grandeur as a musical statement. It is immensely surprising that such an incredible psychedelic masterwork was created in the early 1980s, yet don't be fooled: this is no neo-psych teen sell-out as is so common today. No, Bobb was a real small-town musician who crafted his intensely personal songs into multilayered acid dreams without ever sounding out-of-place with the moods of the late 1960s.

But strangely enough, Bobb's music also easily sounds 15-20 years ahead of its time, and that's no exaggeration; to the correct ear, one perhaps hears here the birthplace of indie rock. In his review, AllMusic critic Stewart Mason even compares Harvest Of Dreams to the infamous Neutral Milk Hotel In The Aeroplane Over The Sea, yet simultaneously Bobb's complex melodies, seamlessly woven overdubs, and talent for intricate lyrical mystery far outpaces any recording Jeff Mangum ever dreamed of. Even the cover artwork – a stark, blurry, black-and-white image of Bobb and a bandmate studying an unfortunate goat sporting a unicorn horn glued to its head – makes one wonder if this Bobb Trimble is walking the thin line of genius and insanity or has perhaps tumbled onto the wrong side.

One listen to this album and the answer is obvious. This album is totally unique for its time; dreamy compositions interwoven between moments of folk, avant-garde, and punk that seem to form complex pieces of some giant puzzle. Since he was not internationally popular at the time of this micro-release (supposedly only 300 copies were pressed), Bobb has been called an "outsider" musician by those who have no idea what the term means, and that label is preposterous. Bobb's music is more like what one could've expected from an uninhibited Pet Sounds-era Brian Wilson in the early 1980s, laced in pot smoke, confusion, and soul-searching despair, but presented in music which is totally beautiful in content and design, somehow crafting an uplifitng yet exhausting experience.

Though this album is definitely best appreciated as a whole, my favorite moments are probably the first "Premonitions" (the "Boy"/"Reality" version is actually the same take, but lacking a couple overdubs); the amazing sound collages of "Armour Of The Shroud"; the marvelous psychedelic climax of "Selling Me Short"; Bobb's own favorite track, "Paralyzed"; and one of the best album-closers ever, "Another Lonely Angel." It was actually "Take Me Home Vienna" which originally caught me -- for those who are geographically challenged, Vienna is not the name of a girl, it's the capital of Austria, the country in south-central Europe which was also the home of Mozart, Beethoven, Schönberg, Brahms, Mahler, Schubert, ... though Bobb perhaps intended this personification to be taken as a double-entendre.

I will stall my overview/review here to say that more about this album has been written in fantastic prose by our friend Aaron Milenski, and a few of his excellent writings are available on the link below (also on Lysergia here), all of which I recommend reading while enjoying this unique, brilliant masterpiece. If I were to summarize this work any further, it would be in his words entirely. For additional reading I also recommend the wonderful interview Klemen Breznikar did for It's Psychedelic Baby Magazine here.

The first reissue of Bobb Trimble's music came in 1995 on a compilation CD entitled Jupiter Transmission from the newly-formed Parallel World label headed by Paul Major and Mike Ascherman. This anthology presented the first half of Bobb's debut Iron Curtain Innocence along with all of Harvest except for "The World I Left Behind" (a silent track) and "Oh Baby" (a short interlude featuring only the Kidds). This remains his best-sounding reissue. In 2007 the Secretly Canadian label reissued both records in full. It was stated in The Acid Archives, 2nd Ed. that this second reissue featured a remix. However, my direct comparisons reveal that the Secretly Canadian reissues in fact have the same mix for the tracks on Jupiter Transmission; it actually appears that the same digital transfers were used where available, unfortunately just adding lots of additional gain, compression, & limiting. So have the true original mixes ever appeared officially on CD?

The answer to this question is a bit complex. In their entirety, the answer is no, but let's be a bit more explicit. Firstly, "Oh Baby" is by all definitions a remix; the reissue has an extended mono version including two false starts inserted backwards at the beginning of the track, whereas the original (stereo) mix is shorter. Similarly, "The World I Left Behind" is of the wrong length on the reissue. There are also various segments of speaking between tracks which have been trimmed off on all reissues. These edits may seem minor, but actually greatly affect the overall impact and feel of the album.

But for the main meat of the songs, was the album itself actually remixed from the multi-track masters, or was some trimming just done? I asked this to label owner Mike Ascherman, who responded thus:

"The [Jupiter Transmission] CD was mastered from Bobb's master tapes. The missing vocal portions were those involving the kids, removed at Bobb's request for personal reasons."

"None of the material was remixed from the original multi-tracks. Paul Major and Mike Ascherman came up to Cambridge MA to do the transfers at my studio from the original mixed master tapes. In addition, Bobb Trimble also came the the mastering session that we did at M-Works with engineer Jonathan Wyner. I am pretty sure that no reverb was added, and we tried to make all of the material sound consistent throughout with EQ, etc."

So indeed, no remixing was done from the multi-track masters; however, EQ, compression, & limiting was added in the CD mastering session and exists on all reissues since. Apart from the portions of audio which were excluded (detailed below), the result is actually quite nice; the CD adds some brightness and clarity to the songs, which really makes them sparkle. However, the original mastering will likely be preferred by most, as its darker presentation more aptly fits the sound of Bobb's emotional mountain range, and perhaps is even more "psychedelic" than the remaster. Additionally, as perfectly stated by Aaron Milenski:

"Theoretically [the edited CD] should be just as good a listen, if not better, but HARVEST OF DREAMS is so much of a piece, so full of circular and repeated references, that even the omission of two words spoken by one the kids in Bobb's entourage leaves out an essential piece of the puzzle."

Here I will give an explicit list of the particular edits which were done to each track on the album for the CD reissues, which to my knowledge has never been compiled before. Keep in mind that in addition to the edits listed below, the overall sound is altered on the reissues, so even tracks where no explicit edits were done sound noticeably different.

Additionally, the reissues have inverted the phase and reversed the stereo image as compared to the original LP. 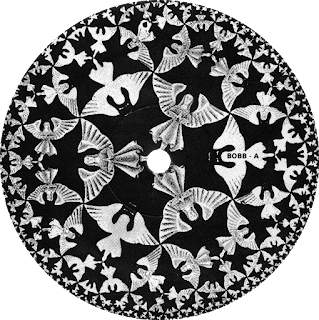 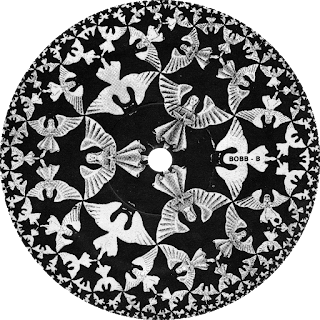 Thanks for taking the time to read my posts and check out my blog. I'd greatly appreciate it if you leave a small comment below. Notes from my readers are what inspire me to keep going. Thanks!
Google Drive: https://drive.google.com/drive/folders/1BOeGoCL2AyQeqFk92UWxj-25E0cI3FLs?usp=sharing

"Harvest those dreams that had failed to Grow - Love, Bobb"

Posted by ThePoodleBites at 3:10 PM