Tabernash - Head Collect / Out Of The Cold

Tabernash was a later pseudonym for the garage-rock band previously known as The Contents Are:, which released a well-known (but fairly mediocre) album called Through You on the private Rok Records label. This later single has been largely ignored but is significantly better to my ears, with the A-side being harder-edged acid rock and the flip having lighter folk-rock moves. These tracks were reissued in poor sound but with alternate extended versions on the group's retrospective album Four Each Other, but to my knowledge this is the debut appearance of this original 45 in the digital realm.
Thanks to my friend C.F. for turning me on to this & lending it out for this post! 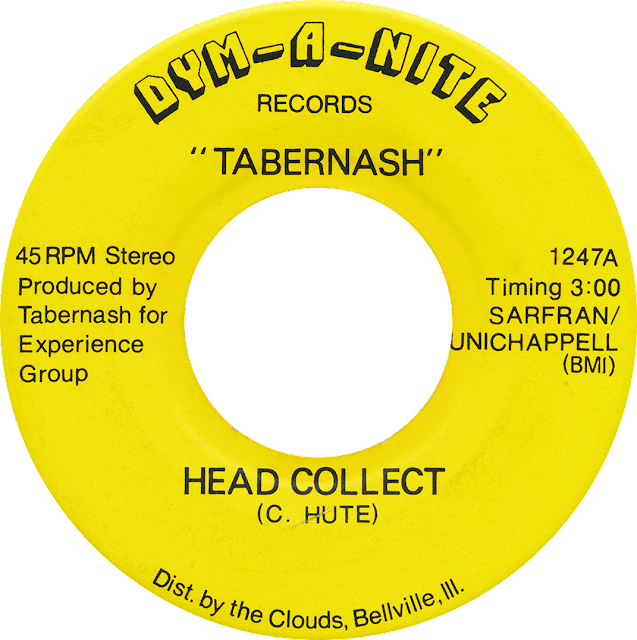 There is a slight difference in line-up for this single as compared to The Contents Are: Through You, as Mick Orton appears here before he was poached for the country-/hard-rock group Silver Laughter. The guitar playing is what makes the A-side here special, which is presumably performed by the group's lead songwriter Craig Hute. While the fidelity on this 45 isn't perfect due to a tiny bit of distortion, it is much better than the tracks as available anywhere else. The date of this release has been placed by garage 45 collectors at about 1972, but it might be the case that this is actually from a bit earlier, circa 1970-71, and that's certainly how it sounds.

Thanks for taking the time to read my posts and check out my blog. I'd greatly appreciate it if you leave a small comment below. Notes from my readers are what inspire me to keep going. Thanks!
Google Drive: https://drive.google.com/open?id=1pOct3pw3ZAl-BQrNOhp8drArQhglQUt_
Enjoy! :)

Posted by ThePoodleBites at 12:33 PM

Email ThisBlogThis!Share to TwitterShare to FacebookShare to Pinterest
Labels: Tabernash