Here's something a bit different. I know, this isn't totally in line with my blog's supposed "vinyl" title, but this tape is rare and cool enough that it deserves to be shared here. The early days of quad are very interesting to me, mostly because they tend to have the music which mostly aligns with my tastes, but really the story of the format itself is just an immensely fascinating piece of music history. This Hollins And Starr album was released both in stereo and quad on vinyl, but the quad release was an early EV-4 naïve matrix-encoding, which means decoding with both good sound quality and strong channel separation is quite troublesome (neigh impossible) for the audio enthusiast. See my Rich Mountain Tower post here for a detailed analysis of EV-4. I'd basically resolved to indefinitely postpone working on this album, and then this reel appeared on eBay, whose existence was apparently previously totally unknown. I luckily won the auction, so I resolved to get it transferred and shared for all to enjoy.

I am much better at restoration of analog discs than anything involving tape, so I took this tape to a local specialist who has worked on some very "big" reissues over the years. To prevent exposing his identity, I'll suffice to say that the artwork to one of his latest projects was hanging on the wall in his office when I first entered -- I commented to him how it was one of my favorite modern releases, with sound quality that absolutely floored me, and he replied that he was the engineer behind that project. What an amazing coincidence! So with that bit of info and his top-notch rig used in this transfer, I think it's safe to say this is as close to as "perfect" as there might ever be for this album.

So how's the music? It's cool, and unique. There are sparse elements of psychedelia (fuzz guitar in "Hard Headed Women" and "Home?", which are the two rockers), and even early prog a la Poseidon-era King Crimson. Dave Starr plays a lot of flute on this album, which will turn some people off, but I think it's done very tastefully, in a less progy manner than e.g. Jethro Tull but still usually maintaining heady spaciousness. This album may be of interest to fans of the Mandrake Memorial: Puzzle, as this exerts the same kind of east-coast foggy folk-psych with elements of orchestral beauty added in various places to taste. Comparisons to Sweet Smoke or later Traffic could also be made. I really recommend it for a relaxing weekend afternoon or late-night 'tea'-influenced meditation.

Thanks to T.F. for the help with this post! 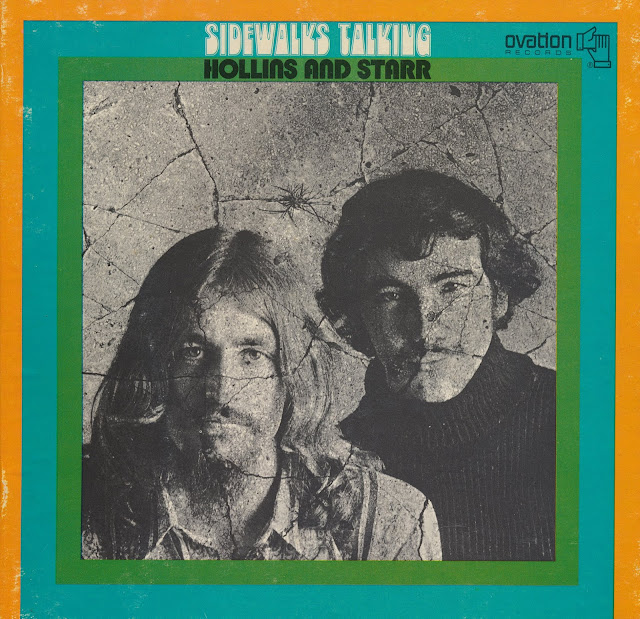 The mix on this guy is pretty trippy. In the early days of quad the idea of having 4 discrete audio channels in a final mix was a totally novel and unexplored idea -- only a few years earlier, chart-topping groups like The Beatles were using this technology to record their multitrack master tapes! So there was some variation between the different strategies used for this new "quadraphonic" sound. Some labels/artists attempted to create a truly three-dimensional experience (as is done here); unlike today where a surround system is usually sold with focus on two main front speakers and generally smaller rear speakers to accent the sound in the back, in the early days dealers would have tried to sell customers 4 equivalent, matched speakers, with each channel ideally mattering in the mix as much as any other. The result is truly spectacular and entertaining when rendered properly, producing quite a nice treat for the ears & mind. 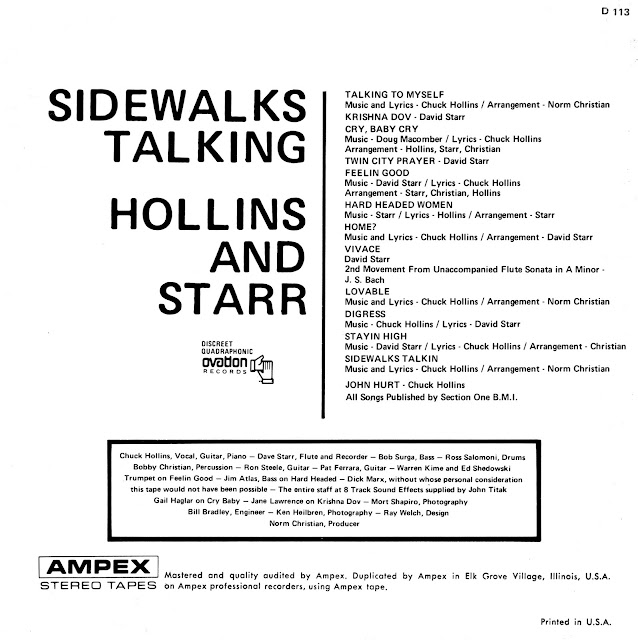 A note on commercial reel-to-reel tapes: most of these suckers were produced by dubbing at very high speed from a single master reel. This usually caused small errors in azimuth and alignment as the tape was recorded, which means a perfectly aligned machine will not always play them back exactly right -- in fact, to my knowledge, no machine can. Luckily, this one plays pretty damn good. Most of these reels were also created for playback speeds of 7½ ips, or (gulp) 3¾ ips, which are quite a bit lower speeds than the studio standards of 15 or 30 ips, so the treble can suffer. The engineer who transferred this tape was kind enough to include a recording of his MRL alignment tape with some various test tones, which roughly shows the standard expected NAB fall-off as one goes up in frequencies. The discerning listener may take a listen to this on his system, adjusting his EQ knobs until all tones sound at about the same volume before listening to this tape. I initially created a counter-EQ to correct for this, but found the result to be too bright, so I corrected back to the unadjusted levels, leaving it to the listener to tweak to their preference.

It appears that this tape has a slightly different track order than is on the vinyl version of the album. I haven't confirmed whether or not this is actually the case in terms of audio, so feel free to let me know below if you'd like to compare. If it is in fact different, this may have been because of time constrictions on vinyl with regards to flipping sides which just doesn't exist on tape. Regardless, whatever mix/variant this is sounds great, and I think you'll all enjoy it a lot.

** Files are available in 4-channel FLAC, in the original 4 raw album-length WAV files, or in DTS-encoded CD format.

Email ThisBlogThis!Share to TwitterShare to FacebookShare to Pinterest
Labels: Hollins And Starr


and freely transfer any rare recordings for you. Alternatively, see the "General Discussion" post here for my want list for albums I am willing to purchase and rip to share here for all. There is too much great unheard music out there to let it suffer at the hand of careless individuals with only a dollar in mind.
For those with such inquiries, you can contact me via email: thepoodlebites561 (at) gmail. Thanks, and enjoy the music!