Anonymous - Inside The Shadow (1976) [Original US 1st Private Pressing]

“Close to the perfect album; each element has been drawn from the best possible source, yet somehow Ron Matelic manages to fuse these massive building blocks into personal, deeply human music.” – Patrick Lundborg

“It's not just good; it's great, a masterpiece. Anonymous stand out head and shoulders at the top... a record that could compete on the same level as every major label album by every major artist of the era.” – Aaron Milenski

“Long time top ten favorite with almost every head we know, a true classic recommended for everyone into amazing rock records of all varieties.” – Light In The Attic

It is because of Patrick Lundborg's Acid Archives and Lysergia site that I (and many others) discovered this album, which has grown over the years to be one of the most well-known "unknown" records ever. While not the first person to discover or recognize this album for its greatness, Lundborg played a role in taking this and other underground albums of the '60s-'70s and posting them online for all, not just a group of knowledgeable collectors. Thanks, Patrick; I know you'll be jamming to this one on the other side. And huge thanks to my friend CF for inspiring this post!

Anonymous formed primarily from the ashes of the '60s garage/psych band Sir Winston & The Commons, which released only two (both killer) period singles. After the demise of Sir Winston, the members worked playing locally and jamming with other musicians from Indianapolis, honing their craft and further developing their sound. After some years, guitarist Ron Matelic had coined a number of originals and gathered a group who mastered their performances well enough to craft Matelic's vision into an album of completely novel material.

Travelling to Wisconsin, the (then-nameless) band birthed Inside The Shadow in friend Jim Spencer's studio, supposedly recording the entire album in one session and doing the mix a few weeks later. Tapes were sent off to a small Milwaukee manufacturing facility which produced a few hundred copies to distribute between friends as a keepsake of the band's time together. The album was credited to "Anonymous," as Matelic was afraid of coining a name which would induce prejudice about the band's sound.

The group's line-up continued to morph, and the band adopted the name J. Rider in 1977, beginning to play live gigs and further popularize their sound. More materials were recorded in 1978-1979, which were eventually released in 1996 on the OR label. These later recordings have a bit less root in the late-1960s sound, but they are still very good. The tracks recorded include an alternate version of Anonymous' "We Got More," which some even prefer to the 1976 original.

While never quite garnering the popular attention they deserved, the band has received high acclaim among international collecting circles since the 1980s. Ron Matelic and drummer John Medvescek continue to play with J. Rider bassist Grey Reynolds and guitarist Bill Kossmann in local Indy group The DoorJams, now with a more hard/southern rock tinge. It continues to amaze these musicians that they created what some have now called the best album of its kind.


Indeed, the "Lama" was not the only old head to testify to this album's greatness. It seems that every record collector who has been in this game for 40+ years seems to have this album among their top favorites. In fact, more than one record dealer has told me its one of their best-loved albums. I'll be the first to admit, this initially baffled me. Anonymous, really? Upon my first listening to a reissue CD some years ago, I completely blew it off – I thought it sounded like an unimpressive attempt at Fleetwood Mac-inspired '70s hard-rock. But after a few forced relistens, I realized how wrong I was.

You see, some albums are "growers." These are records that don't catch you on first listen, but as you enjoy them on repeated occasions, they break open inside your inner psyche and start to germinate. Many of my now-favorites had this effect for me, including Love Forever Changes, the Mothers' Freak Out!, and The United States Of America debut -- well, Anonymous, in fact, is the king of "growers." Just when you thought the growth was bunk and you're about ready to inoculate something else, the mycelium appears and starts to branch itself deep, and somehow manages to keep growing fuller until it bears some of the most delicious fruit I've had the privilege to experience.


The Buckingham/Nicks influence is definitely here, but after repeated listening I began to hear much, much more. Crawling through the marijuana smoke seeped deep into these grooves, one is likely to be impressed by the band's mastery of difficult prog moves -- and if you're not impressed, just try to play along! -- while the songs themselves still manage to stay totally accessible and groovy. The male/female vocal harmonies are reminiscent of Jefferson Airplane circa 1967-1968; the guitar playing is blistering yet consistently great; and the precision of the drummer invariably amazes. I totally breezed over these facets on the first few listens, given that the private nature of this release means production here is limited (the vocals are mixed a bit high relative to the impressive instrumental tracks), but once the ears become acquainted with the albeit lo-fi nature of this album, it reveals itself, rendering a really beautiful and deep experience.

I doubt that these guys had any genuine Sandoz influence, but somehow they managed to achieve that innate acid vibe on their album which only the best west-coast '60s psych groups seem to have attained. This is due in no small part to the amazing lyrics, which are introspective, critical, and sometimes scathing:

You wake up findin'
That it's quarter after half past one
You realize that
You have slept a little much too long
Is that what you want?

You wake up findin'
That the time you wanted now is gone
You realize that
You can say it right and do it wrong
Is that what you want?

This is in fact a concept album to some degree, with the "shadow" here being the recurring motif. This shadow is almost certainly referring to the psychological "id," which contains the most primitive and instinctive components of human personality. The lyrics to these songs are indeed quite personal, and like all great music, the words integrate into the songs' total emotive power, and in some moments form their most central psychedelic component.

So, all together now: I apologize for the long introduction for this rip, but I felt it necessary to explain that if at first this one doesn't catch you, try again. You might find it one of the most rewarding listens of music you've had in years, as I now have. It can be truthfully stated that there isn't a dull moment here. 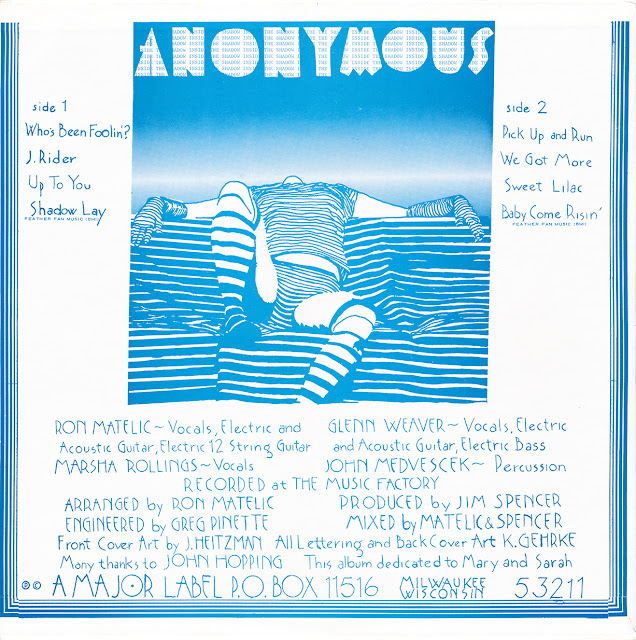 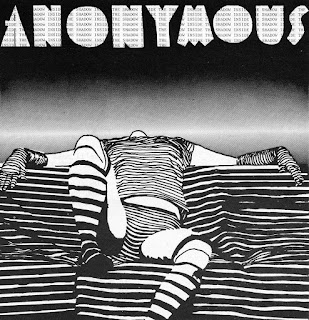 The original release of Inside The Shadow in 1976 was followed by a second pressing produced in 1981, which rendered the old back cover artwork as the new front cover design in purely black-and-white (reproduced to the right). This reissue in fact appears to have used the same stampers as on the first pressings, but having suffered damage at some point in the five years previous, the reissue was rendered quite noisy and aurally inferior to the discs produced in the earlier run. After this, a string of even worse reissues followed. First was a reissue on the OR label contemporaneous with the first issue of J. Rider recordings, but instead of a tape source being used for the Anonymous album, a noisy & horribly mastered vinyl dub was used with speed errors. A similar treatment was given in 2013 when the Machu Picchu label reissued both titles, again using a bad vinyl source for Inside The Shadow with incorrect speed on both sides. The master tapes have never resurfaced for this great record, and are today presumed lost. Therefore original pressings are necessary in order to hear the album properly, but special care and attention must be payed for proper playback.

One of the reasons that this album requires special treatment is that side 2 was pressed wildly off-center on all original pressings, rendering audible "wow" when played back from untouched copies. Most collectors are justifiably afraid to take an X-Acto knife to their expensive vinyl, but I indeed carefully applied minimal surgery to this near mint original copy to properly center both sides very accurately before playback and digital transfer. My usual manual restoration procedure followed, bringing this album up to its original fidelity.

So while vinyl transfers of this album from the inferior 2nd pressing have circulated in some smaller circles, they are all of lesser quality than this properly-transferred and manually-restored remastering which I present here in high-resolution sound. Granted, this is not an "audiophile" recording; the mix is bright, and at moments it sounds like the drummer's snares are vibrating wildly without proper dampening. But I've maintained this sound as part of the original recording so that you can hear this masterpiece as it was intended to be heard upon release back in 1976. 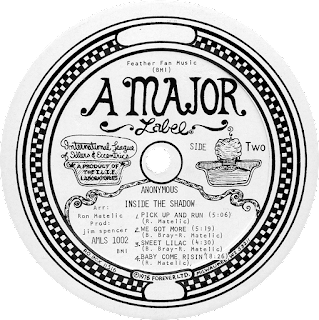 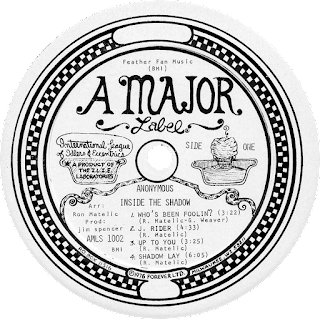 Thanks for taking the time to read my posts and check out my blog. I'd greatly appreciate it if you leave a small comment below. Notes from my readers are what inspire me to keep going. Thanks!
Google Drive: https://drive.google.com/drive/folders/1exPCx5kQ6B8BKoLsjLFc0-oBjy6gXDNJ?usp=sharing
Enjoy! :) 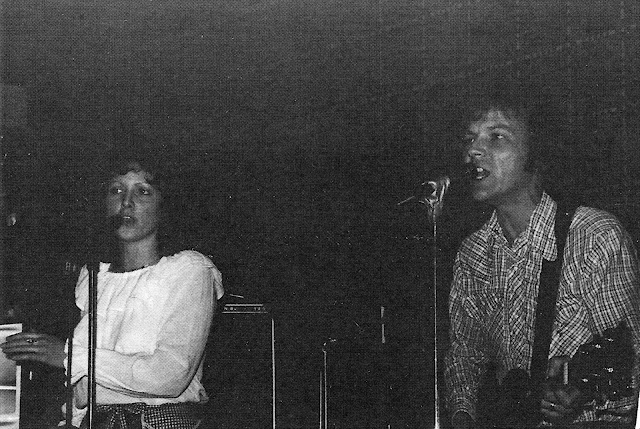 Posted by ThePoodleBites at 12:27 AM

Email ThisBlogThis!Share to TwitterShare to FacebookShare to Pinterest
Labels: Anonymous