This Berkeley, California-based group's legendary debut has been considered by some to be the most psychedelic record by anyone ever; whether or not you agree with that assessment, it probably does not overstate the album's importance to the genre. Electric Music For The Mind And Body appeared at a time when psychedelic music was still in its infancy, and indeed many themes present here would find their way onto other late-'60s records, e.g. Ultimate Spinach. Unfortunately the album has been quite misrepresented in the digital era by a plethora of bad CD reissues, leaving most fans to turn to scratchy original records on aging equipment to hear the music at least somewhat properly.

I'm so excited to finally present this rip on my blog in stellar sound quality. I've been wanting to do this scarcer monaural version of this album for years, but found only a handful of noisy mono copies before this pristine white-label promo surprisingly dropped into my hands. This superior mono mix has only been issued twice, once upon original issue in 1967 and once again upon release of a dreadful revisionist CD reissue from 2013 (see my write-up below for details). The transfer & restoration presented here gives to my estimation the closest possible representation of the mono master tapes available to date. I think this will stand as the definitive version of this classic psychedelic LP. 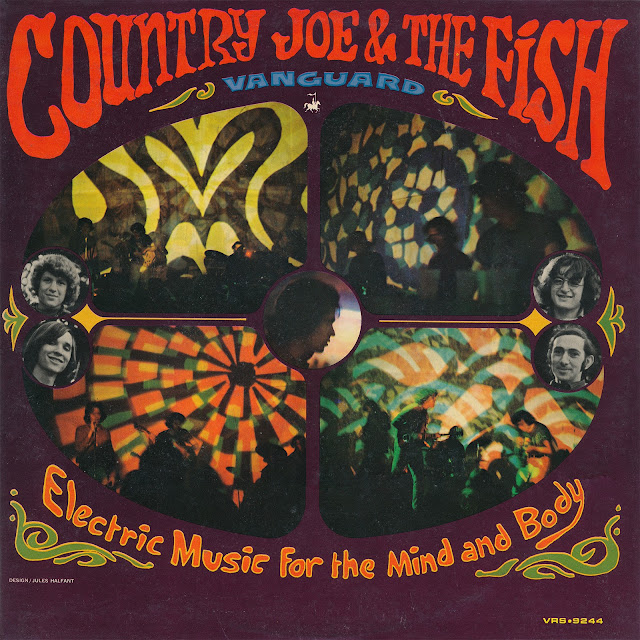 I originally ripped the stereo mix of this album some years before this blog existed, and was then surprised to find that the original stereo LP was superior to both the later CD and LP reissues by quite some margin. My restoration skills have evolved quite a bit since that original transfer, so I'm quite delighted to finally improve upon those existing shares now posted here. While not an altogether terrible mix, the stereo version of this album fell victim to bad mix-down choices which were common in the day (e.g. drums all in the right channel, poor balance upon fold-down, ...) which renders this tasty mono version sounding comparatively better today. Most will likely agree that the band's debut is best heard in the mono version presented here, and this WLP was pressed from the the very first original unworn stampers, a somewhat difficult thing to find these days with popular major-label releases. 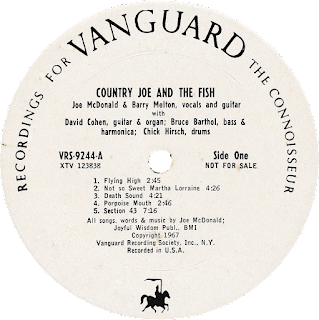 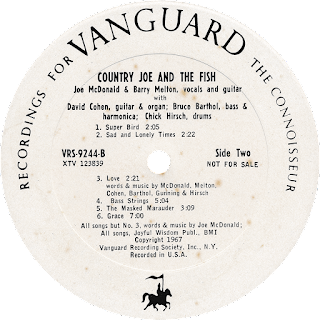 The mono mix was first reissued on CD in 2013 by Vanguard/Ace, compiled with a first-ever reissue of the original stereo mix (heavily noise reduced vinyl transfer, avoid at all costs!). The mono mix appeared to be from master tapes, but with a few big issues. Firstly, the mastering was done way too loud -- every track is limiting, and the dynamics of the recordings are totally lost due to overuse of compressors. Secondly, the equalization was totally cranked for a "more modern" sound, again destroying the natural sound of the recording. Thirdly the CD speed is slightly too fast, as is easily determined by comparing to original LPs on various equipment or by noting the recording's hum is slightly above its nominal value. Finally (and perhaps most frustratingly), it appears that either the stereo mix or multi-track masters were used for some occasional splicing, heard most obviously at the end of "Bass Strings." On the original mono mix, Joe McDonald's voice is drenched in reverb and his whispering of "L.S.D." for the second time is completely inaudible in the song's fade out; on the CD remaster/remix, the reverb is covered up with Joe's voice being much louder, and the second "L.S.D." is loud and clear. It's despicable that, over 50 years after initial release, a rip is necessary due to professional engineers tampering with this record's history!

Given the rarity of pristine mono copies these days and my appreciation of this album's longstanding history, I've taken a very "hands off" approach to mastering this item. My intention has been to preserve as best as possible the mastering of the original release and the sound of the master tapes. That means that 60Hz hum and its various overtones, present from the mixing console and also heard on the CD remaster in the parts not blanketed with noise reduction, are present here, although it would have been trivial for me to take this out without any noticeable damage to the music. It also means that the non-vinyl distortions/clicks heard primarily in "Martha Lorraine" but also in other tracks such as "Super Bird" and "Grace" (which you may or may not even hear) have been left intact. All these noises are part of the historic sound of this recording and better off left alone. I was extremely careful about which clicks I removed versus left in, having compared 1:1 with the CD reissue to ensure I didn't harm parts of the original recording. I've downloaded files from other rippers who have said things along the lines of "all that noise is on the tape!" only to find a master tape CD myself and realize the ripper either 1) couldn't hear the noise that I could, or 2) was otherwise totally lying; followers of my blog here will know that I am picky about audio quality and that I can guarantee my results.

So, with all those details out of the way and now that you're salivating to actually hear this thing, I present to you: the Country Joe & The Fish debut album in gloriously unhindered mono beauty . . . 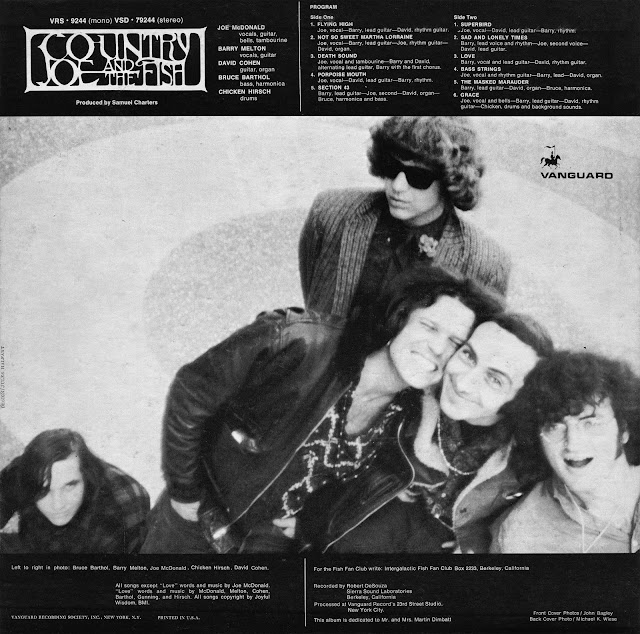 Thanks for taking the time to read my posts and check out my blog. I'd greatly appreciate it if you leave a small comment below. Notes from my readers are what inspire me to keep going. Thanks!
Google Drive: https://drive.google.com/drive/folders/1i7Thxj9LLKVOjK2rTGz7akVosGrqeaae?usp=sharing
Enjoy! :)
Posted by ThePoodleBites at 12:58 AM

Email ThisBlogThis!Share to TwitterShare to FacebookShare to Pinterest
Labels: Country Joe & The Fish