"Hearing this on acid is like walking around inside a psychedelic cathedral ..." ~Patrick Lundborg

I discovered this gem not long ago while browsing through Patrick Lundborg's old site Lysergia, whereupon I stumbled into this incredible blog post that set me upon the usual course of tracking down the nearest CD reissue of this title, immediately blowing myself away -- "A-Trip-In Time", "Captain Zella Queen," how is this not in lists of top-10 psychedelic records all over the web? However, since the tapes no longer exist, tracking down an original pressing of the album was necessary to hear it properly, which is what I've done. Our friend J.R. has written another stellar write-up below about the acid-charged sounds of this wonderful LP, so while you're coming up you can read his essay and wait for the files to download. Definitely check this one out if you haven't experienced it before.

Thank you to my friends J.R. and C.F. for their help with research and compiling this post to make this freely available to all. 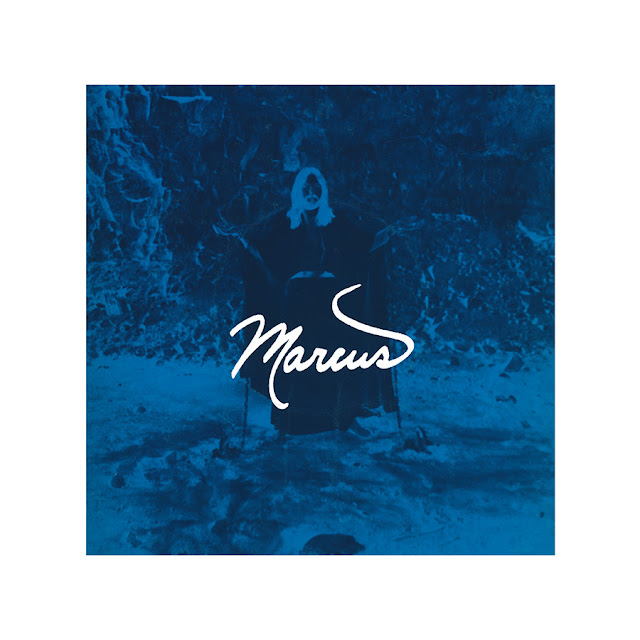 "Marcus's From The House Of Trax is one of those anomalies of the psychedelic music world, a Kool-aid soaked surprise coming from the woodwork in 1978 when disco ruled the airwaves. That it was self-released and seemed to disappear without a trace in its time is fitting, considering the era in which it was produced and released, and according to the man himself, friends tossed the album around like frisbees to "see how far the music could go." However, this is no lo-fi amateur recording - rather, a professionally recorded and fully realized artistic statement. From the moment the needle drops we're drawn into the minor-key psychedelic realm with "Locked Inside A World."

"Marcus's vocals immediately take the tone of someone who seemingly has a a very important message to deliver. Marcus sounds almost sinister, realizing the truth isn't always a beautiful thing - it contains darkness, being trapped inside a world where so many can't realize we're all the same, a simple and uplifting message. Soaring harmonies, crystalline keyboards, and fat, winding guitar solos all wrapped in an effects-laden production style draw the listener deep into Marcus's mind.

"Marcus began as a folky in California with just an acoustic guitar, and seeing the live video of him performing solo on a TV show in the late 1970s makes one realize just how much this music is rooted in folk and SSW. The full backing band and studio setting make him sound like an entirely different entity, yet under the layers of production there are simple songs with simple chords, and to these ears the connection must be made to Marcus's acoustic-based past. By the time he went into the studio with his crew of musician friends, he was ready to embrace the polished hardrock sheen of the day, and there are psych riff-rockers here, like "A-Trip-In-Time" and "The City Of Inbetween" which continue the acid themes and midnight vibes. Heavy on keys, and there is just enough of a discrepancy in the drumming to make nothing ever sound too "tight", which helps retain the wild speedy ride Marcus seems to be on. "Sweet Inspiration" is truly beautiful, and tears at the heartstrings of the listener, a seemingly simple song about a muse.

"The second side begins with "Gary's Song," a poignant ode to a friend of Marcus's who apparently went insane and had to be institutionalized. Whatever the cause, Marcus wrote the tune and it was given to Gary in the mental ward and after listening to it for 3 days straight, he recovered and was never seen by Marcus again. The majority of the side is a bit more relaxed and reflective, despite "Captain Zella Queen" being a short but sweet rocker with femme backing vocals and eerie keys. The somewhat cryptic lyrics deal with dream states and polar opposites, as well as the cycle of life and death. The song was actually comp'd in 2017 on Paul Major's "Feel The Music, Vol. 1" 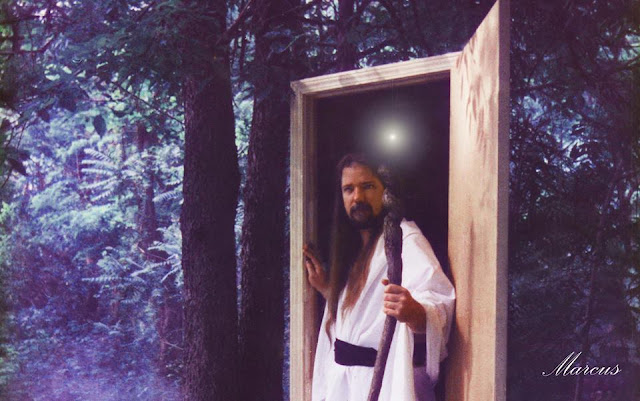 ""I Want To Fly" deals with wanting to break free from the chains of the earth, as Marcus is depicted on the front cover slick, very fitting with the theme of the record. "Right Inside Of You Baby" veils more philosophical ideas with a blatantly sexual title, a clever trick. These songs really drive home Marcus's folk roots, and lean heavily on simple strumming guitar chords. Although this record isn't obviously Christian themed, the stunning closer "Satan" (amusingly misspelled "Satin" on the record label) is a blatant denial of the Devil, with Marcus howling "You've got to be insane!" as if it's the Devil who is crazy for ever thinking Marcus would turn to the dark side. The choice of turning to God is a game the Devil can never win - "You don't play the game/Where I get to choose."  A very appropriate epic theme to end the psychedelic cathedral that is From The House Of Trax.

"The album is simply a must hear for fans of psychedelic music, and in retrospect it's one of the top examples of the "out-of-time" independently released psych records. It is comforting to think that musicians like Marcus were creating this type of music well into the late 1970s, and fortunately for us, a few were able to immortalize on wax." ~J.R. 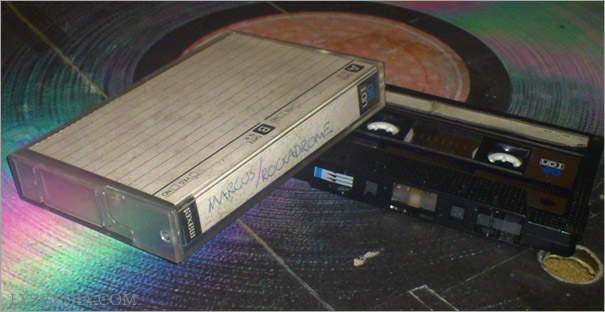 One of the Marcus tapes sent out by Paul Major, circa 1988

This album has a bit of an interesting story. Recorded and released near Louisville, Kentucky around 1978 or 1979, House Of Trax was mostly distributed to close friends, and was basically forgotten about nearly a decade later when musician and record collector Paul Major discovered in the mid-1980s and began mentioning it in his mail-order catalog. After distributing cassette tapes to some friends and interested collectors, Paul put it up for offers, and ended up getting a bundle (it's been rumored the sum was $1200), which inspired him to track down Marcus himself to see if he had any more for sale.

When Paul was able to contact Marcus and asked him if he had any copies of the album for sale, Paul said that Marcus was able to sell him seven copies that Marcus had rounded up from various places. Paul called back two or three years later, checking to see if there were any more. All gone, there aren't any left, sorry. Paul then offered Marcus a large sum of money for even one more copy (which blew Marcus' mind), but sorry, none left. Some people who spoke with Paul around that time state that Paul also said Marcus mentioned the possibility of doing a repressing, and that nobody could possibly figure it out. Of course Paul told Marcus to not pursue this.

Then, in the early 1990s, Marcus suddenly had boxes of sealed copies for sale. Pressed for details, Marcus claimed that there was a forgotten stash at his mother's house. Critical of this sudden "find," Paul decided to not purchase any, but sure enough, copies began to appear in other dealer's catalogs. And of course there were some inconsistencies.

The difference was that the covers and the labels on the records were not identical. Early reports say that the original sleeves were easily differentiated from the newly "found" versions. I'll spare the details here (I've added them to the Discogs page linked above), but the crux of the biscuit is that it appears the original stampers were used with replica artwork to emulate the original release and "cash out" on the high prices collectors were paying for this record.

After tracking down both a true original copy and an "original" copy sold by Marcus himself, and talking with a few experts who know much more than myself (thanks C.F. for providing most of the information above!) I've been able to verify some details and create a definitive digital version of this album, including all of the "official" artwork / label versions available to date. 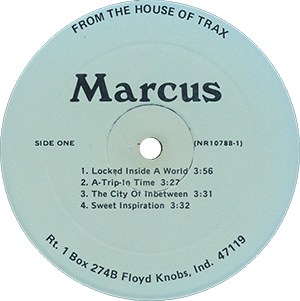 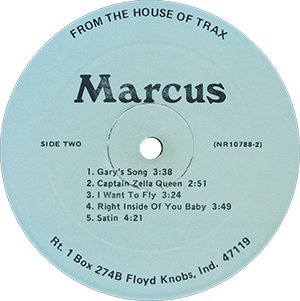 
Google Drive: https://drive.google.com/open?id=1_AhqQl9bCB4RdUk0ldeYSIkE3wgVh25u
Enjoy, and feel free to leave comments below! :)
Posted by ThePoodleBites at 1:00 PM

Email ThisBlogThis!Share to TwitterShare to FacebookShare to Pinterest
Labels: Marcus