If you've never heard this one before, you're in for a special treat. This is a rare 1994 reissue (only 375 released copies) of one of the US private press scene's greatest treasures. I was turned onto this incredible piece of music by Brent Marley of Psych Trail Mix magazine, who altruistically helped fund this project and lent his skills for writing this blog post below. Enjoy, and be sure to check out the ongoing PTM blog which is linked on the side of this page.

A big thanks to Brent Marley for his generous contributions -- and also thanks to Howard Phillips for getting this reissue together more than two-and-a-half decades ago, along with Stan Denski's excellent, extensive liner notes! 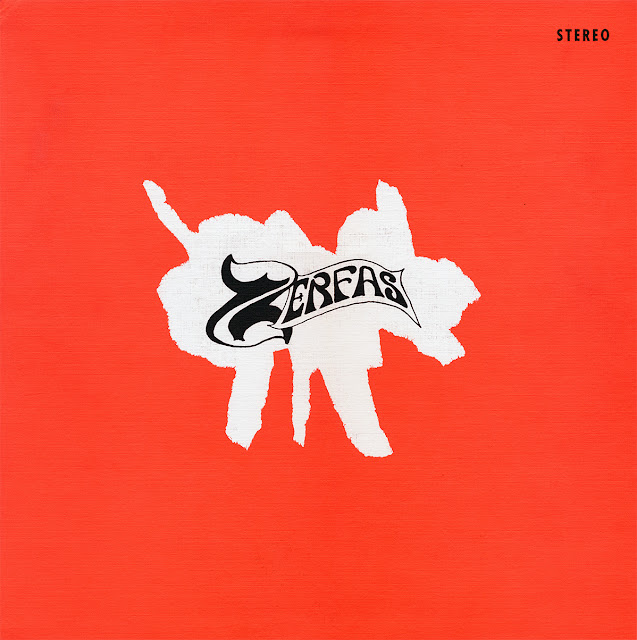 “This is perhaps THE epitome of an American private press masterpiece: created by four guys from the Midwest who scrounged up money from their day jobs to acquire the funds to record an album. Some of the most amazing music comes out of the most unexpected of places, in this case Indiana in the early '70s! However, it does kind of make sense when you think about it – the vast, more OPEN landscape of rural Indiana perhaps allows the mind to float up a bit HIGHER, thoughts allowed to expand a bit more. This is something that the big cities and other places don’t offer. For example, could the 13th Floor Elevators or the Butthole Surfers really have come from anywhere else other than the Lone Star State of Texas? Zerfas had a 40 acre farm as the band’s headquarters, so it was a good environment to let the mind float and expand across the vast acreage and open area, maybe that’s why the music and lyrics almost have a sort of sophisticated kind of maturity to them in ANSWERING some of the big questions of life that are pondered. 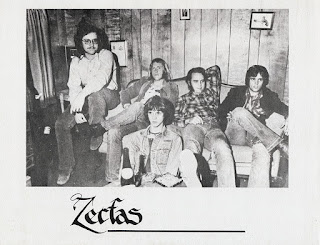 “Patrick Lundborg of Acid Archives called the songwriting “brilliant late Beatles style” and brilliantly penned it “Abbey Road out of Indy.” It’s hard to top that description! The spirit of the original psychedelic '60s was alive and well in the early '70s for the Zerfas brothers & co. in Indiana, this thing sounds like it could have come straight out of like '67 – '68. The album opens up with about a minute and twenty seconds of possibly the most beautiful piece of backwards music you’ve ever heard in your life before launching from that into the unsuspecting “You Never Win,” a song that sounds like it could have come straight off of some '60s psych/garage punk compilation, but (especially after hearing this reissue from the master tapes) this song is a step above a typical garage-punk comp track, the music is bit more top-notch and sophisticated and the harmonies come in separating this from a typical garage-sneer it appears to be upon the start of the song. “The Sweetest Part” is an uplifting song with a really great, simplistically delicious little fuzz guitar lead after each verse, and it’s hard to top the line “think of all the good things that happen every day – wake up to the morning, find you haven’t been blown away.” “I Don’t Understand” starts off with all sorts of great weirdness; out-there warped synth sounds (apparently created using a home-made synthesizer!), backwards laughing, then it breaks into a beautiful introspective piece with all sorts of mood and tempo changes. That’s one of the things that makes this record so great, it's got all of this wild experimentation in sections, then they transition seamlessly into these absolutely beautiful lush musical soundscapes. 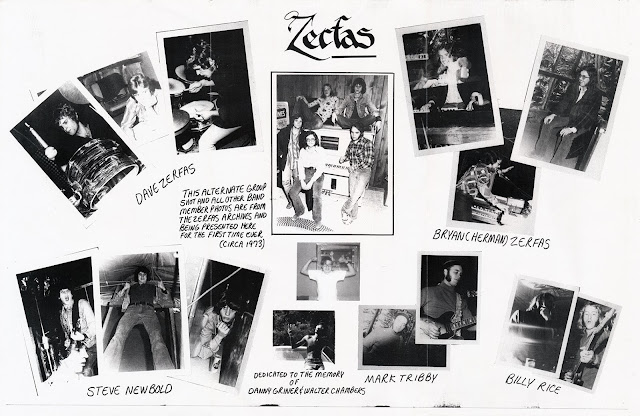 “Don’t be prematurely turned-off by the boogie woogie sound of “Stoney Wellitz,” the music is great and there’s some delightfully trippy synth sounds interlaced perfectly within the song. The songs all have a synergy to them and flow into one another nicely, for a fully realized vision rather than just a collection of songs. You can tell the band wanted this affect too, as in many places they drop in some atmospheric-setting sound collages/effects at the start of and after songs. The longer epics like the 7+ minute “Hope” never bore, with a beautiful middle section of keyboards, haunting background harmonies, and sounds of the ocean washing over you. “Fool’s Parade” is great and contains many examples why Zerfas is such an incredible record and bursting at the seams with creativity; the backward vocals that start the song, the combo of the keyboard/ring modulator sounds melding together in the trippy middle section, all of a sudden a warped/demented voice pops in declaring “mushroom soup!” “The Piper” ends the album just perfectly with excellent lyrics, again with some answers being offered as well as a hand extended in an offering to join this piper who seems to be like some sort of psychedelic guru (Tim Leary perhaps?), beautiful keyboards, PERFECT guitar solo, abrupt ending of piano, creating the best final song and best possible way to close out this amazing album.” [Brent Marley] 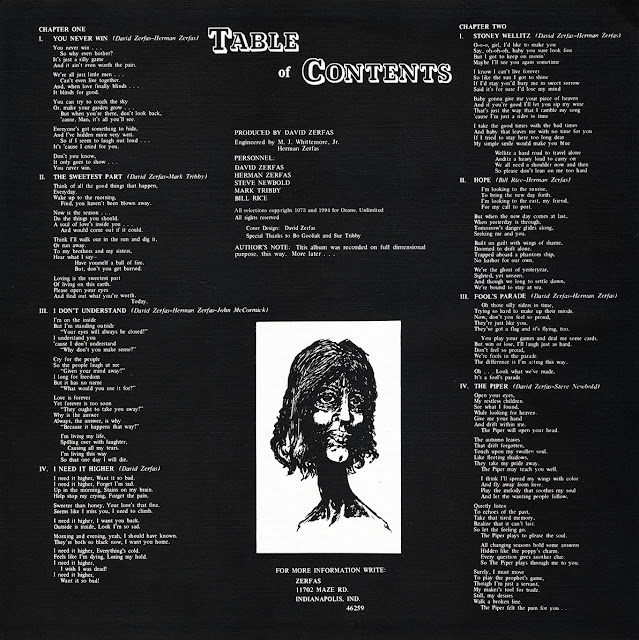 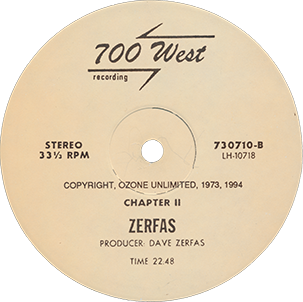 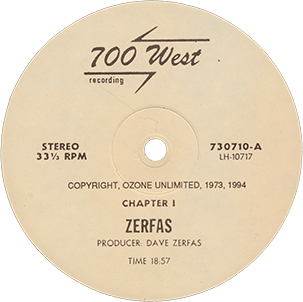 For this album, original LPs are nearly impossible to find, and usually quite expensive when they do pop up. However, this reissue certainly "does the trick." Officially licensed and sourced from the original master tapes (lent from Dave Zerfas himself), the package features not only the ultimate in sound quality but boasts a promo photo reproduction, a poster insert, and an extensive booklet of liner notes, all of which has been scanned for digital archiving here. It is rumored by many that this reissue is actually a better pressing than the 1973 original.

Unfortunately, this wonderful album has yet to see a legit CD reissue, which necessitates this transfer and restoration. The Radioactive label bootlegged this album in 2004 (and again in 2009 under their pseudonym Phoenix), but the sound quality is horrid and the tracks aren't even split correctly or in the proper order. This digital version beats those CDs in every way. It's been said that an official CD remaster is in the works, but others have noted that it has been "in the works" since the mid-1990s, so I wouldn't cross my fingers.

This copy was unplayed when I got it, but it was a bit noisy and required the usual manual restoration to bring it up to standard. I've also applied some EQ to remove my system's frequency response as best as possible. This was characterized by carefully comparing 3 different test records with known digital versions. I've done no further "mastering" and the original files are available as usual, along with the raw rips, in the "Working Versions" folder.

Email ThisBlogThis!Share to TwitterShare to FacebookShare to Pinterest
Labels: Zerfas