This is the first of the four Phil Pearlman records which I hope to be posting here at some point down the line. Out of his original private '60s / '70s projects, this mid-nineties first-issue of original Beat Of The Earth material is by far the most hi-fi. If you love the "Sister Ray"-era Velvet Underground or the more cohesive Red Crayola moments then prepare to be blown away by the music of this now-fabled psychedelic outfit. 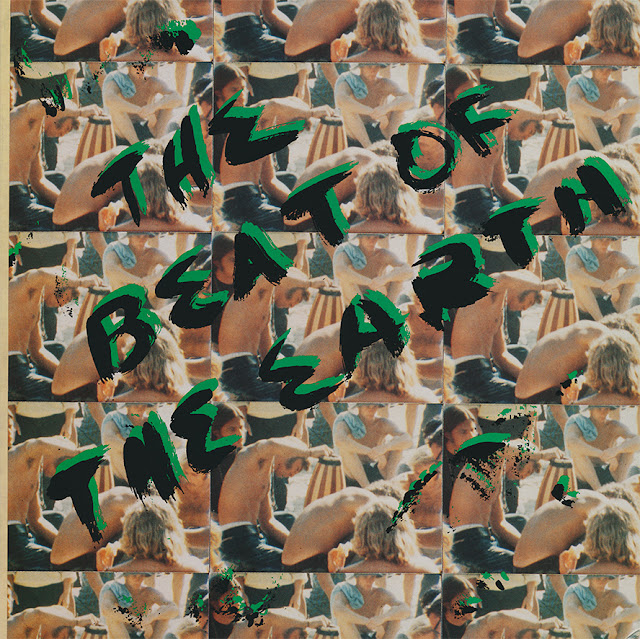 Phil Pearlman is an enigma of the '60s and a well-respected legend of the private press scene. Phil started The Beat Of The Earth project while he was an art student at UC Irvine, southeast of Los Angeles, CA. The music was produced organically, "plugging in" to the nature of self, thus spontaneous and unrehearsed, but somehow remaining surprisingly cognizant, political, and whimsical. It's obvious to any listener that Phil had been chewing on his fair share of Freak Out!, produced by a band then starting the L.A. "freak" scene, but also embracing Andy Warhol's banana, imported from the strange happenings of the East coast. Thus Phil's mind was strewn between the proto-alt fervor of the VU and the more "serious" art-rock of Zappa's crowd, producing the long, drawn out jams that most collectors now respect as one of the finest '60s rarities.

While I probably marginally prefer the mindset and focus of their first album, Our Standard Three Minute Tune features similar variations on the Beats' music in such remarkable sound quality that I might even label this essential listening. While not having exactly the distinct acid vision of the rural-psych masterpiece Relatively Clean Rivers, Phil's first session still blooms into a gaping portal to what it must have been like to jam with the Beats back in 1967. 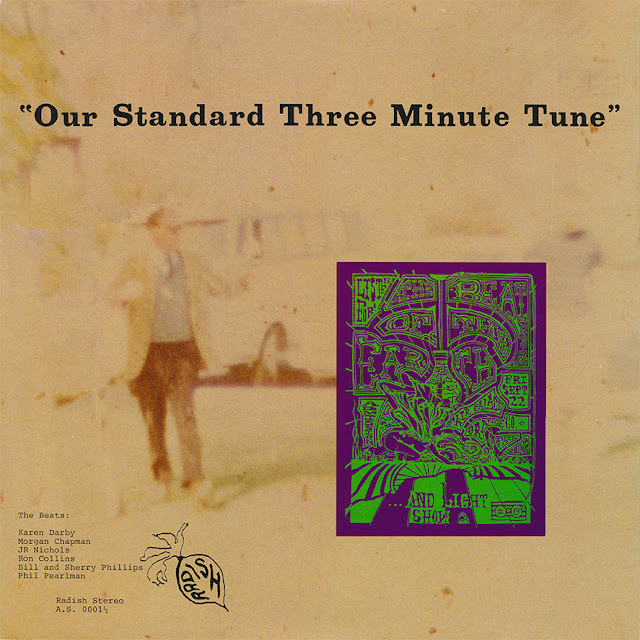 "After a half hour J.R. came up to me and said the other band wouldn't play, they didn't want to play on the same night as us. When I got back to the stage a bunch of people had gone up there and were playing tambourines bongos and maracas and whatever they could find that we had laying around on the stage. We played the Beat of the Earth again for an hour and a half until it was time for the place to close. Everyone who stayed had a great time, playing the bongos, dancing and watching the light show.

"The manager of the fairgrounds was there. He said we put on a really good show and that a wonderful time was had by all. And he said we should always play in a place with a high ceiling. I had met the manager a couple of years before. There was a big bunch of stray cats living under one of the exhibit buildings. It was known that the manager liked them.

"This record is brought to you thanks to Joe Sidore, engineer par-excellence etc. etc. Posters are provided by Toni J. Sartotio. Person pictured on outside back cover at left is not Andy Warhol." 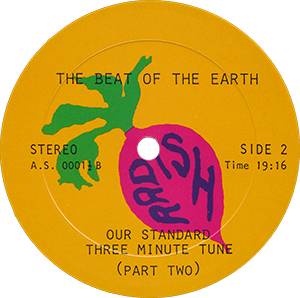 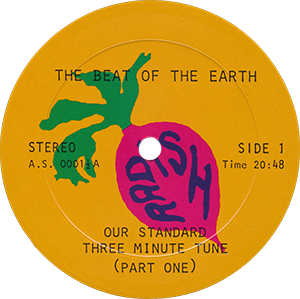 Google Drive: https://drive.google.com/drive/folders/1tl0sa-bSiPaYSKDd0h31I39MXKBOYYWL?usp=sharing
(As usual, you can ignore the "Working Versions" folder, which exists for archival purposes only.)

Enjoy, and please feel free to comment below! :)
P.S. Lundborg did a great piece on this mysterious fellow...
Posted by ThePoodleBites at 8:10 PM

Email ThisBlogThis!Share to TwitterShare to FacebookShare to Pinterest
Labels: Beat Of The Earth