"A terrifying acid rock bad trip that sounds like nothing else ..." -Richard Morton Jack

"An extraordinary, groundbreaking band whose greatness has yet to be fully recognized." -Patrick Lundborg

It's hard for me to add much more to those two wonderful summaries. It's sad that this psych-rock masterpiece isn't as well-known as the band's SF-scene contemporaries, perhaps because Mad River was a little late to the party with this debut arriving in 1968. Every track is fantastic (some even hilarious: listen to the first verse in "Amphetamine Gazelle"), but the clear stand-out for me is the 12-minute epic "War Goes On," in which you'll hear rhythms as primitive as anything on Trout Mask Replica and melodies progressive as anything on In The Court Of The Crimson King, but a year before either of those records were released. If all you've ever heard is the CD reissue of this well-produced classic -- or even worse, you've never heard it at all -- you need to download this rip now. You're about to get your head blown off. 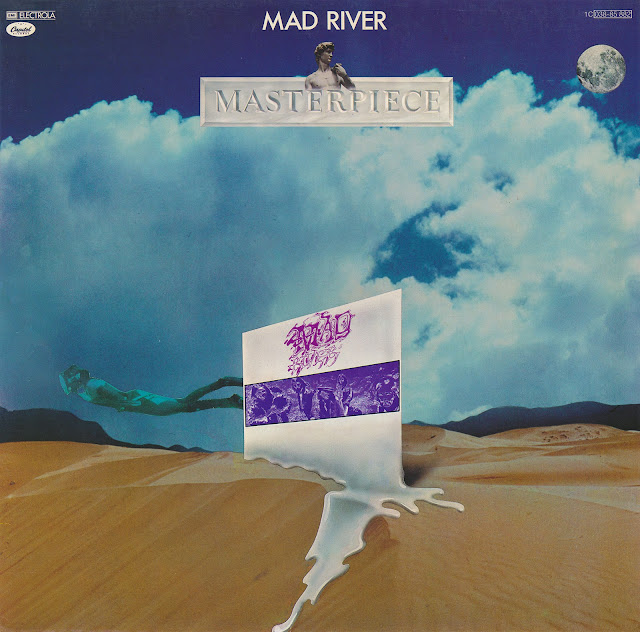 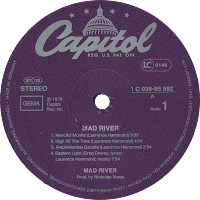 I was turned onto this reissue by the late Patrick Lundborg, who mentions in the Acid Archives that it "is a slightly better pressing than the US original" (p. 203). After snagging a copy and comparing to a US original (borrowed from my friend M.S. -- thanks, man!), I decided to do this project. The inner grooves on the original US pressing lack in the top end, while this pressing plays evenly from start to finish. (If you don't believe me, check out "Hush Julian" from the original LP, which I've posted in the 'raw rips' folder, and hear the difference for yourself.) And this great pressing of this fantastic album can be had for less than $10!

Now, that is not to say that the original is completely worthless juxtaposed with this German reissue. Notably, this repro's cover (pictured above) is completely redesigned, and somewhat cheesy, and actually the first few tracks on each side are missing a hair of the "presence" found on the original pressing, notably in the crispness of cymbals. I'd attribute this to the German pressing likely being from a tape dupe of the original master; however, the difference is subtle and I think the improvements found on this pressing greatly outweigh the "cons." 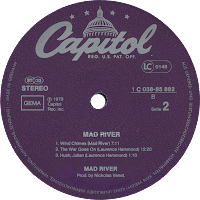 One more note on Lundborg's Acid Archives entry for this album -- he made a mistake that needs to be corrected. He states that "the first LP recordings were accidentally sped up during the original mastering phase, which means that most releases including the 1968 original actually play at inaccurate speed" (p. 202). Lundborg goes on the say that the reissue CD (sourced from vinyl) corrects this, and indeed, it plays about 2% slower than the original LP and this German reissue. However, this speed difference was a mistake on the CD, not on the LPs! The vinyl transfer used on the CD sounds like it was played on a turntable with a stretched-out belt which caused it to play at an inaccurate speed. If you try to play along, everything is out-of-tune and in strange keys. On both LPs I've ripped, "Eastern Light" is perfectly in tune in Em, which would make much more sense to any human being that's ever held a guitar. The tunings also match that of the original Mad River EP, which has never been disputed in correctness.