**UPDATE: April, 2019** -- I have subtracted my system's frequency response to reduce harshness and lend a more accurate reproduction of the original recording. Original, non-EQ-subtracted files are still available in the "Working Versions" directory.

This monster grail of heavy psych from the Iowa coalition Truth And Janey was discovered by collectors in the '80s psychedelic revival, and has since come to be known as "surely one of the greatest hard-rock albums of all time" (Aaron Milenski, The Acid Archives, 2nd Ed.). I've asked one of the leading private press specialists Josh R. (YouTube) to write a little about this record, and he has kindly agreed. Josh conjured some great thoughts and comparisons -- better than I would have been able to do -- so his write-up is below. 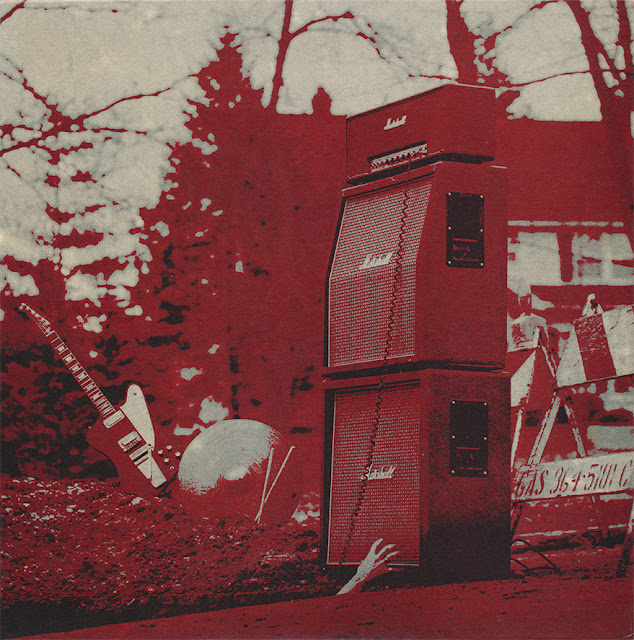 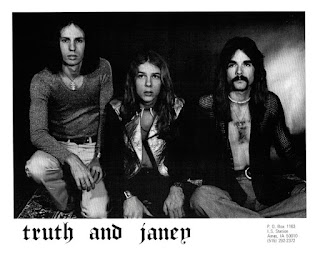 "When it comes to the best hardrock private presses from the 1970s, Truth & Janey's No Rest For The Wicked is most certainly among the top of the heap. The Iowa-based power trio's sound was greatly influenced by the major-name UK bands of the day, such as Cream, Jeff Beck Group, and Robin Trower. Their name in fact was a nod to Jeff Beck Group's Truth LP. Despite being a small run local release, over time this has proved to be on par with the classics of the era. It has one of the most iconic heavy rock covers, with a hand reaching out of a grave towards a Marshall stack and Gibson Firebird. Janey's tone is gold, and bassist Steve Bock's Gibson EB-3 tone leans heavily torwards Jack Bruce and maybe Felix Pappalardi. The band sometimes tries to stretch out, and they were indeed an over-the-top live jam act, with some songs clocking in close to a half hour on their archival live 1974 Topeka Jam LP. Thankfully here the arrangements are concise, the playing never wanders into jamming territory, and Janey's overdubbed guitar ensembles are tasteful. His riffs are hooky and his solos are exciting. 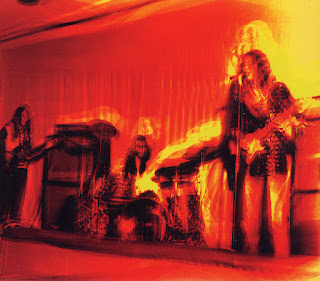 "'Down The Road I Go' is an anthemic pounding opener that sets the tone for the rest of the LP. Truth & Janey retain elements of blues music in their style, with a pummeling cover of 'I'm Ready' which really shows how good of a platform those old songs proved to be for reworking into hardrock extravaganzas. I hear a throwback to '60s westcoast psych on 'It's All Above Us.' The title track has a stuttering, infectious opening riff and what sounds like an acoustic guitar layered in the mix, and features a galloping instrumental section in the middle of the song, with Janey's overdubbed guitar harmonies. The closing portion of the song is a dreamy, slightly bluesy Trower-esque soft psych tone, and foreshadows the band's laid back direction they took in the future. The lyrics are probably my personal favorite on all the album, dealing with the questions a man has about reality and the echoing laughter he hears in the face of said questions.

"The original lineup broke up after the album was completed and Janey recruited two new guys to cut 1977's Just A Little Bit Of Magic which is funky, mellow, and stoned and sounds like Janey swapped his Gibson and Marshall for a Fender Stratocaster and Fender amp. However the spirit is there and while a terrific LP to my ears people expecting the masterful heavy sounds of No Rest For The Wicked may be a little disappointed." [Josh R.] 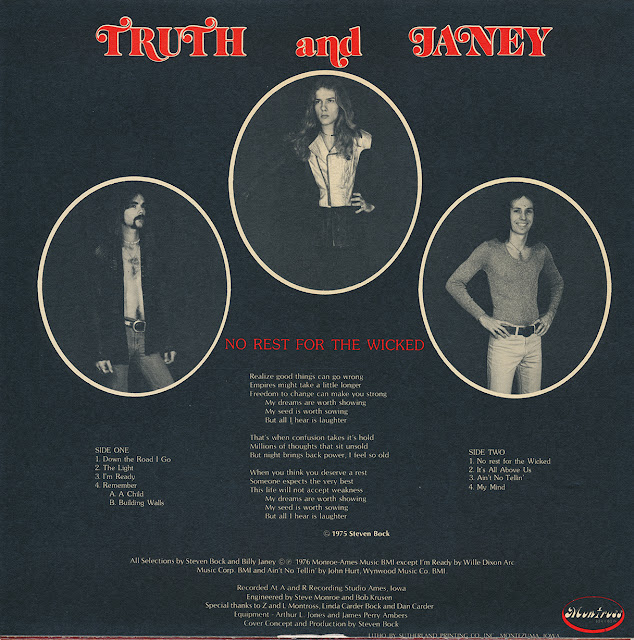 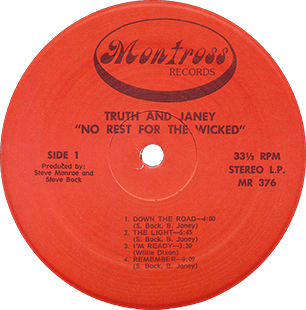 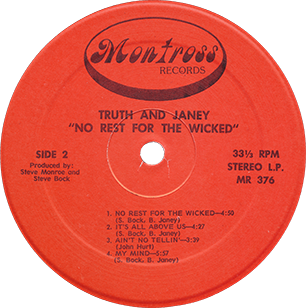 This original record was purchased as a still-sealed vintage copy from the band's original drummer, Denis Bunce. I had previously only heard the 2007 CD reissue (Rockadrome ‎ROCK006-V-2), which, like all other reissues of this album, including the somewhat scarce, band-sanctioned LP reissue from 1992 featuring a blank cover and Montross mock-up labels, was sourced from a DAT tape of an original pressing. To my knowledge, this is the first time that another original pressing has ever been digitized. The reissues had lots of sound problems, including vinyl noise, heavy compression, enormous bass boost, and a very sibilant high-end. I was a bit disappointed to find that the sibilant high end (and that annoying right channel essing / distortion) is actually present in the original pressing, which is not a sonic marvel. Regardless, the sound quality present here is still a vast improvement over anything available commercially. After some futzing with the distortion and EQ, I decided to leave everything as-is, so that the sound of the original record can speak for itself (and so that you, the listener, can dial in the sound of this LP to your heart's content). [UPDATE, April 2019: as stated above, I've now subtracted my system's frequency response curve to bring this project even closer to the original vision. Nonetheless, the un-EQ'd tracks are still available in a subdirectory of the "Working Versions" folder.]

Posted by ThePoodleBites at 5:15 PM

Email ThisBlogThis!Share to TwitterShare to FacebookShare to Pinterest
Labels: Truth And Janey