Here's an album that is completely deserving of its now-legendary status. Freak Out! was rock music's first planned double album, the first-ever double-album debut in any genre, perhaps the first-ever concept album, and one of the first albums to feature psychedelic-sounding music. Scheduled for release one week before Blonde On Blonde, and months before The Psychedelic Sounds Of The 13th Floor Elevators or Revolver, Freak Out! was an incredible cultural and musical statement, and one which permanently established Zappa in both the rock and contemporary music scenes. It's commonly referred to as the album which has a song for everyone; there's straight-ahead (albeit tongue-in-cheek) pop and doo-wop such as "Wowie Zowie" and "Go Cry On Somebody Else's Shoulder," to the hard-rocking intensity of "Hungry Freaks, Daddy," to the immense experimentalism of "Help I'm A Rock" and "The Return Of The Son Of Monster Magnet." And Zappa's signature style features not only great compositions but alarmingly relevant and complex lyrics, as best exemplified in "Trouble Every Day."

When I first heard of this bootleg, I instantly became envious of the set: it boasted the full uncensored "Help, I'm A Rock" along with a few seconds of music on "Wowie Zowie" unheard on any other release. When I was finally able to track down this record, though (go and try to find one! It's not an easy task -- the last and only one sold on eBay 4 years ago for ~$200), I was completely blown away at how great every single track sounded. I own both the earliest original stereo and mono LPs of this innovative masterwork, but the sound quality here is quite unique. Comparing with the 4-disc MOFO set from 2009, the increase in fidelity is obvious. This is certainly sourced from tape, and if it isn't an all-analogue pressing, it is most certainly at least from high-resolution digital transfers. My guess is that this was Frank's original mixdown for Verve, which he was probably asked to edit for removing the "since you first took the shots" line in "Help, I'm A Rock," and whence he reordered the tracks and spliced out the few-second musique concrete section in "Wowie Zowie." Duping the stereo tapes probably resulted in the muffled sound you hear on the MOFO Project/Object.

This is the best and most important bootleg that I own, and it is certainly one of the crowned jewels of my collection. 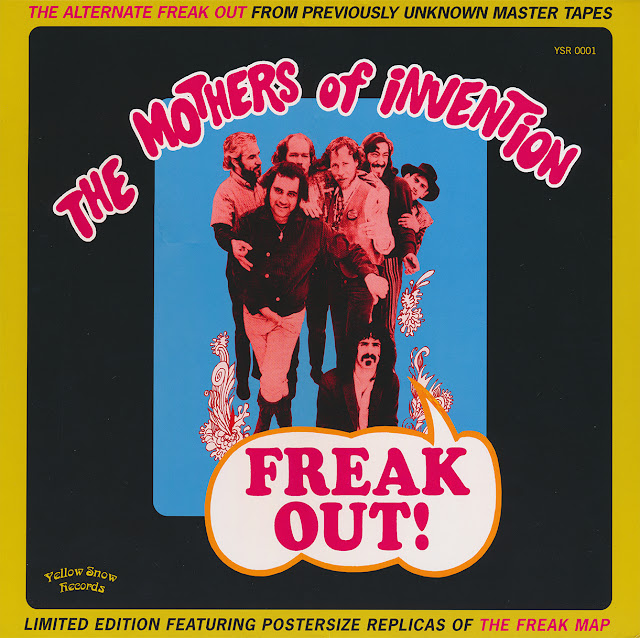 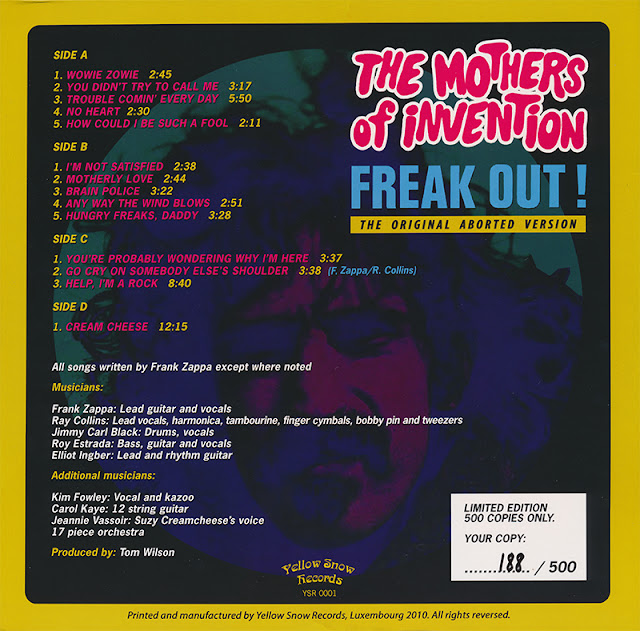 (Zappa would probably roll over in his grave if he knew I was calling this album psychedelic, but you just can't listen to "Brain Police" and disagree!) 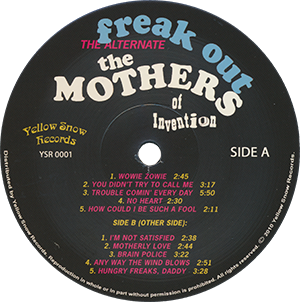 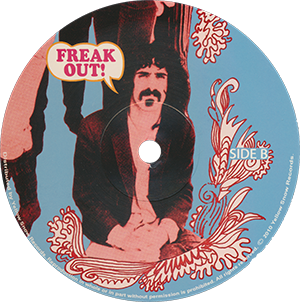 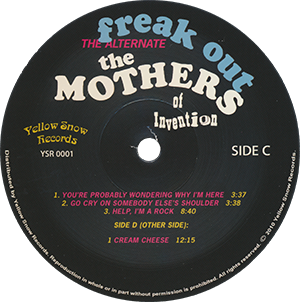 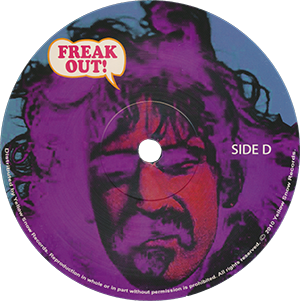 This record features a different track order from the released version of Freak Out! -- instead of starting with the heavy societal critiques of "Hungry Freaks, Daddy," Zappa starts with the pop-based "Wowie Zowie" and slowly builds in weirdness to the avant-garde finale of "Cream Cheese."

A note on my mastering:
I have one complaint -- and it is quite minor -- about this record: the stereo image isn't as wide as it probably is on the tapes. On the final two compositions, this results in some bleed and resonant-sounding noise which is not on any other version of this LP. However, I was able to correct much of this without harming the original sound. This in part required a ~15 second splice in the right channel of "Cream Cheese" (aka "The Return Of The Son Of Monster Magnet") at the beginning of the track, which is basically just tape noise. I properly speed corrected the other tape-based source and perfectly spliced in this section. I also mono collapsed some small mono segments in movement 3 ("It Can't Happen Here") of "Help I'm A Rock," which after some phase correction greatly improved the sound. I also spliced the ending of side A and the beginning of side B together, as the very quiet piano sound that is strangely in the background between some tracks was repeated there, suggesting that this first LP was made from the same tape split across two sides. As usual, unedited versions are available in a subdirectory, but everyone else can ignore these files.

Google Drive: https://drive.google.com/drive/folders/1gcBQgpegTu_q-Xem9V0u31h7W8RPGgW0?usp=sharing
Enjoy, and please leave a comment below so that I know you stopped by! :)

**NOTE: I may rip my copy of the original US mono LP at some point in the future, but in the meantime I recommend checking out the rip by 'Prof. Stoned' available here.
Posted by ThePoodleBites at 12:29 PM

Email ThisBlogThis!Share to TwitterShare to FacebookShare to Pinterest
Labels: Mothers Of Invention