This is a monstrously rare single on the private 'Action Records' label from San Mateo, CA. Currently, few copies of this 45 are known to still exist. This single is much different than the group's earlier rock-and-roll output. In 1966 the 13th Floor Elevators arrived in San Francisco and played numerous gigs at local venues, including the Fillmore and Avalon Ballroom. It is likely that "Monkey Island" directly influenced Don Stevenson and Jerry Miller for this A-side. These two songwriters would become the nucleus of what we know as Moby Grape. 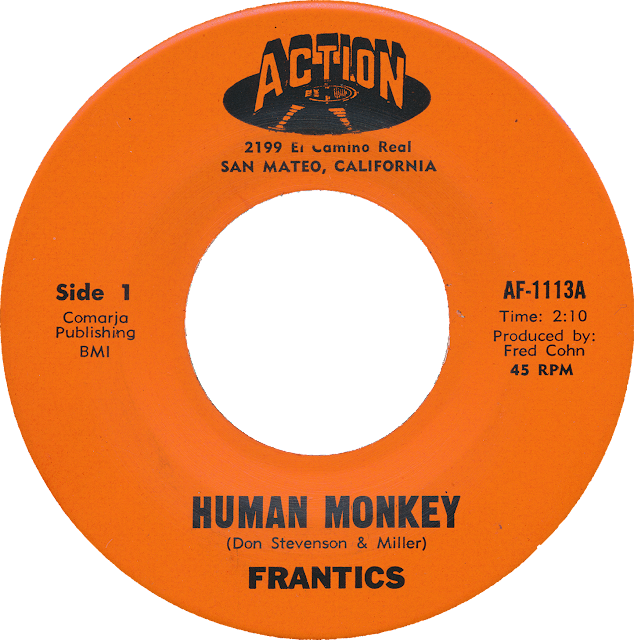 The A-side here was reissued on the compilation "San Francisco Nuggets 1965-1970," although with Rhino's typical 'bright and boosted' mastering formula. As far as I know, the B-side has never been officially reissued. It's said that this is an earlier version of the well-known "Someday" that would appear on Moby Grape's debut, but I now find that hard to believe, as the songs are pretty different both in composition and lyrics. It's still a great song with a clear Moby Grape vibe, though!

Posted by ThePoodleBites at 3:54 PM

Email ThisBlogThis!Share to TwitterShare to FacebookShare to Pinterest
Labels: Frantics