Who would've thought, before talking to people involved in this project, that this is in many ways the second Omnibus album? 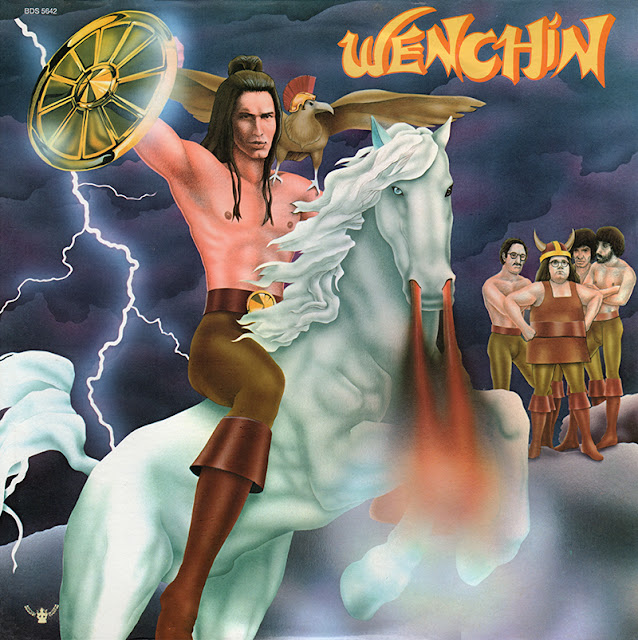 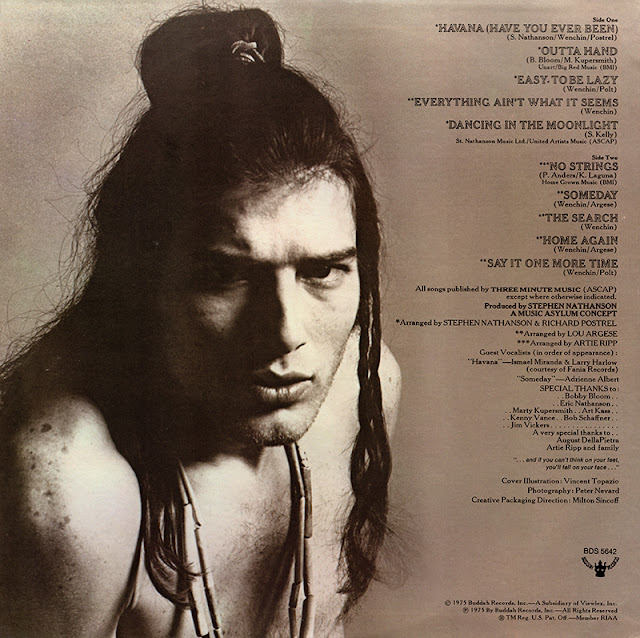 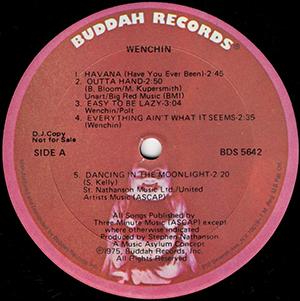 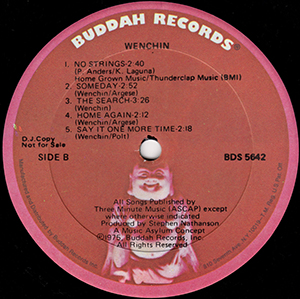 This is the excellent solo album from Robert Wegrzyn, alias "Wenchin", previously vocalist of the psychedelic/garage rock band Omnibus. Although the music is different, the production from Steve/Eric Nathanson on their prodigy's follow-up is easily up to the same standard. Guitarist Joseph Polt from Omnibus also appears here on a few tracks, as songwriter but also guitarist. Some songs here were actually initially written and intended for a second Omnibus album that was never recorded.

This transfer was done from a mint copy that was still sealed until I opened it for this rip. There is a little distortion that is inherent in the pressing and not from my equipment. Probably this is the best this album will ever sound.

Email ThisBlogThis!Share to TwitterShare to FacebookShare to Pinterest
Labels: Wenchin