Sourced from 2017 Sundazed reissue and “unmastered” to original fidelity.


**UPDATE  JUNE 2018**: I've since acquired an original mono promotional copy of this great LP which features superior sound to this rip. Stay tuned for the upgrade!

This is one of the psychedelic “classics,” and along with the mono Behold & See (which I ripped here as well), I had been dying to hear this mix which was released as promo-only back in 1968. While I actually really like the stereo mix for their second record, the mono of this debut is the way to go. I ripped this mix from the 2017 Sundazed LP and fixed the mastering issues introduced (details below) with constant reference to a friend's rip of an original MGM E-4518 mono promo LP. To me this is thus-far the definitive edition. 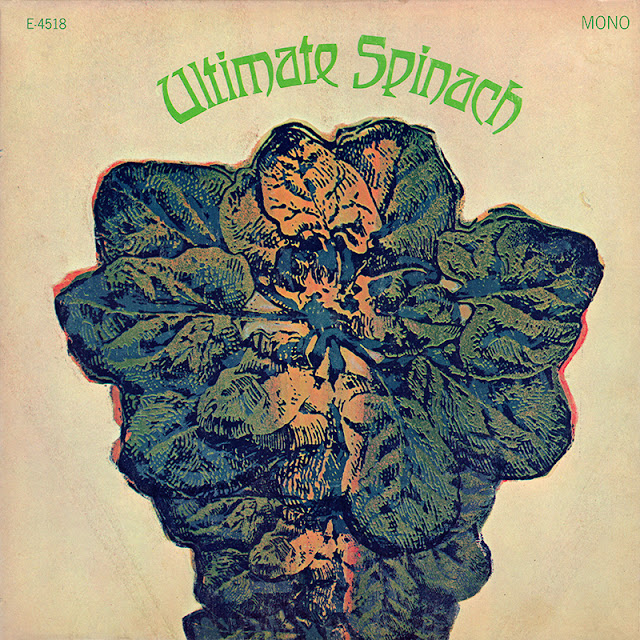 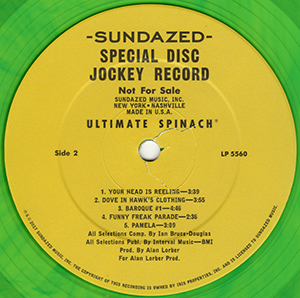 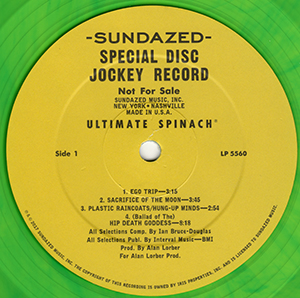 The Sundazed LP is certainly the original mono mix and not a fold-down. In the mono version, there are a few noticable differences: first is the overall sound characteristic, which is sonically different from the stereo. There is no noise in “Ego Trip.” There is noise in “Funny Freak Parade.” “Hip Death Goddess” doesn’t have the weird mixing differences between stereo flip-flops. “Plastic Raincoats/Hung Up Minds” has the background vocals at different volumes. This record was also a much better production than their reissue of Behold & See, which I think that reissue is probably the most unevenly mastered LP of all time. However, a few things still required fixing here.

Firstly and most notably, they applied a digital EQ with a very clear signature (thank God, or otherwise I wouldn’t have known how to fix it) of +1.5dB at 9.4kHz and +1.5dB at 12.8 kHz. Secondly, they spliced the count-off into “Plastic Raincoats/Hung Up Minds” in from the stereo mix, which I have excised very carefully so that its spectogram perfectly emulates the original mono LP. Third, there was some weird noise before the beginning of “Hip Death Goddess” that doesn’t seem to appear on the original mono LP, so I trimmed that out too. Finally, I very carefully tamed the ~14450Hz hum in “Funny Freak Parade,” since although this *is* in the original mono mix, it really distracts from the music and I truly doubt that Ian Bruce-Douglas artistically intended it to be there. I left all the pops/clicks/noise that are in the original mono tapes.

NOW, for all the revisionists (or anti-revisionists?) who don’t like that I fixed all these things or would like to prove to yourself that the version I’ve shared is truly definitive, you can check in the folder “Working Versions” for all the unedited stuff. “Uncollapsed Stereo” has just been manually declicked; “Unfixed EQ” are the same files but collapsed to mono; the rest of the filenames are self-explanatory. For everyone else, just ignore this folder — it exists for historical reasons only.


The prototype of the Bosstown Sound!

Considered among the all-time classic psychedelic recordings, this ’68 self titled debut is unearthed in its unfathomably rare mono form!

The unique blend of psych, jazz, rock, Gregorian vocals and Baroque instrumentation sets Ultimate Spinach apart from anything released at the time. It includes the now famous “(Ballad of the) Hip Death Goddess,” an 8:12 classic featuring the eerie, haunting vocals of Barbara Hudson, an oft covered staple of the genre.

It was legendary record producer Alan Lorber that came up with the concept of “The Bosstown Sound” — “The Sound Heard ‘Round The World” to market and promote the best and brightest of the Bean Town sixties psychedelic scene. (Boston’s key groups at the time included Orpheus, Beacon Street Union, Ultimate Spinach, Chamaeleon Church and others). Ultimate Spinach, arguably the finest of them all, produced magnificent examples of surreal psychedelic record-making, now prized by crate-diggers and outsider music fans alike.

Mojo listed this album among the top 42 psych albums of all time, saying, “Leaders of the Boston psychedelic surge, Ultimate Spinach were re-crystallized from the not-quite-so hippy dippy Underground Cinema around multi-instrumentalist Ian Bruce-Douglas and singer Barbara Hudson. On their debut album they viewed the Renaissance musical landscape through rose-tinted spectacles and came up with elaborate suites like ‘(Ballad of the) Hip Death Goddess’ with its theremin solo and the folk bluesy ‘Ego Trip,’ all bolstered by Hudson’s ethereal vocals.”
Posted by ThePoodleBites at 6:59 PM