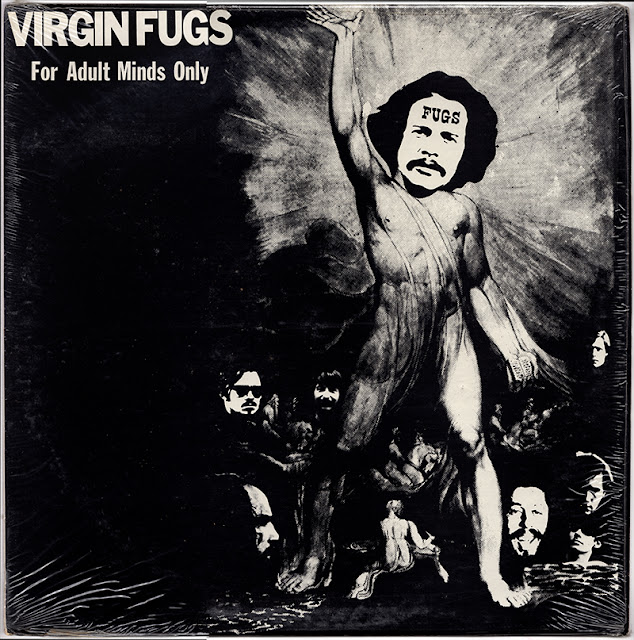 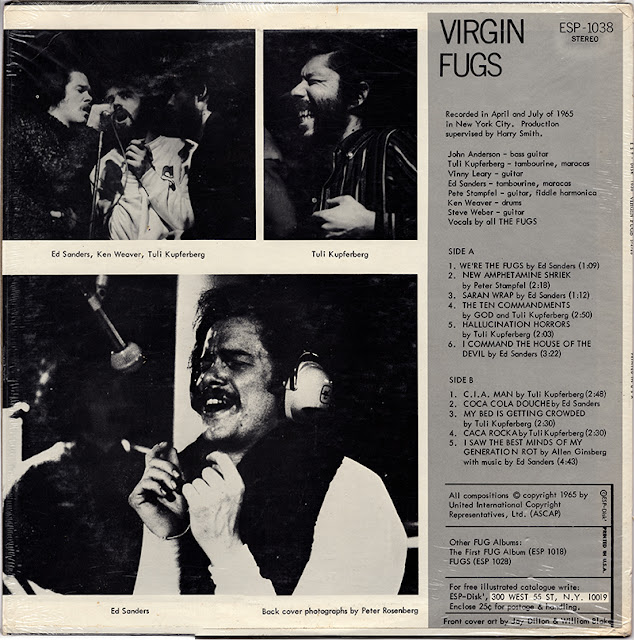 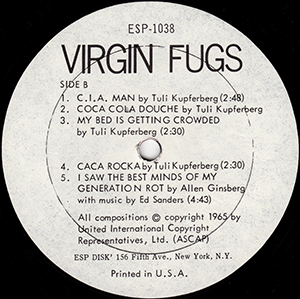 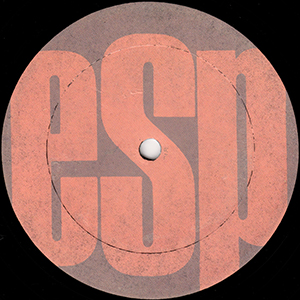 These are tracks from the Fugs’ first 1965 recording sessions that also resulted in “The Fugs First Album,” initially released on the Broadside label as “The Village Fugs Sing Ballads Of Contemporary Protest, Point Of Views, And General Dissatisfaction.” Many of these tracks would appear later as live versions on Golden Filth and Refuse To Be Burnt-Out, my two personal favorite Fugs records. These studio versions were originally released in 1967 on the legendary ESP Disk’ label, and although the band (at least Ed Sanders) has claimed it was a bootleg, its release was put through the exact same channels as other Fugs records. It is probably best characterized as an unauthorized but official album, and is undoubtedly essential. The music here (and even album structure) is as good as, or maybe better than, the material on the first record.

And this album has been needing a good rip for quite awhile. The only digital version that I have found is the 2005 CD ESP Disk ESP 1038 (or at least labelled as such on Redacted) which is a poorly-done vinyl rip with heavy noise reduction. A couple of these tracks, namely “CIA Man” and “The Ten Commandments,” were released as bonus tracks on the CD reissue of the first album as extended tracks with studio chatter, but strangely the beginning of each track has tape noise. Anyways, it is likely these tracks were only ever released in mono, as even on that CD (which features the first album in stereo) and this 1980s LP the tracks are monaural.

Wikipedia says that the original pressings came with a bumper sticker that said “FUG-CUE” but this copy came with a poster of Hieronymus Bosch’s The Garden Of Earthly Delights, which I have scanned and included here. My copy of this album is still in the shrink wrap so my scans fall to a bit of a lower standard this time, but I spent many hours ensuring that the audio is perfect as usual.

Email ThisBlogThis!Share to TwitterShare to FacebookShare to Pinterest
Labels: Fugs