We all owe a debt of thanks to @PsychTrailMix for this one, as he both introduced me to this album and put up the funds to get a copy of this to rip. Thanks, man! A rip of the sole CD is also necessary for the bonus tracks.

**NOTE**: This is an older rip and some vinyl noise will be heard on the recording. I'd initially removed it from the blog entirely, but I've decided to allow it here for the time being since it still has much better sound quality than the CD. However, I may redo this rip with superior sound in the future. 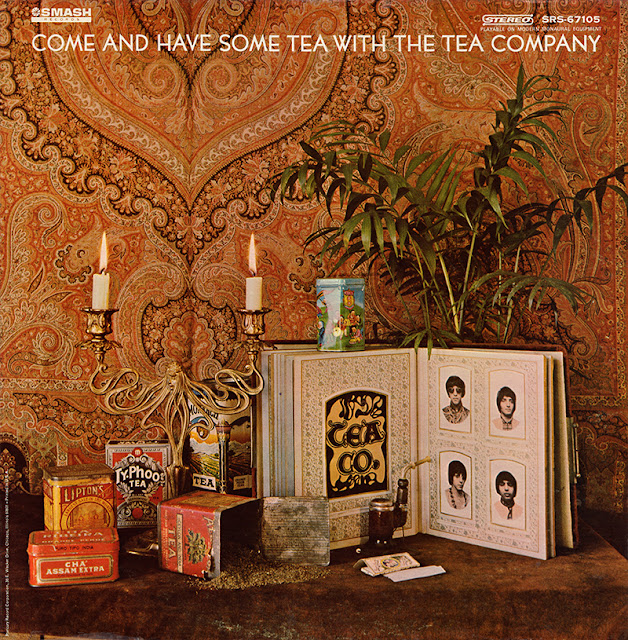 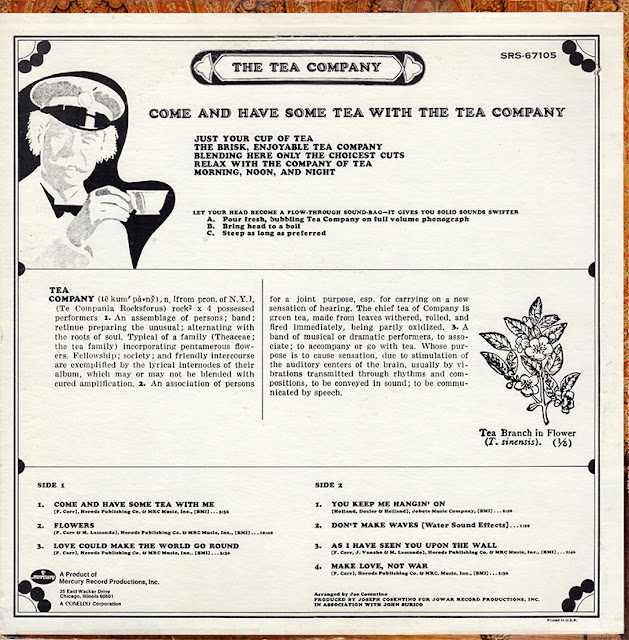 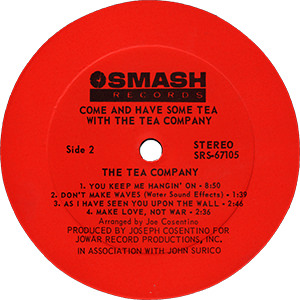 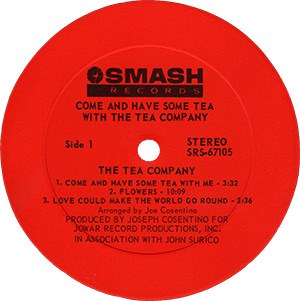 This is a very interesting album. One can tell at first listen that these guys were quite well-versed in the music of their day; while “Come And Have Some Tea With Me” (along with most of the material) is certainly original, the chord progression and melodic motif from “Flowers” is a clear nod to the Experience’s “Hey Joe”, but somehow devolves into an “Interstellar Overdrive”-esque psychedelic soundscape. “Love Could Make The World Go Round” directly references the Beatles and Bob Dylan (and Lincoln?), and after a returning introduction on the B-side, “You Keep Me Hangin’ On” gives the Fudge a run for their money. The only possible throw-away track here is “Don’t Make Waves”, subtitled “Water Sound Effects”, which pretty much explains itself; even saying that, I can’t deny that it is pleasurable to listen to with a bag of fresh tea. The final track, “Make Love, Not War” has gotten stuck in my head way too many times. This album is actually really quite good and has its own unique feel. It makes many unabashed drug references but manages to rock quite hard. One could argue the lyrics being dated and reminiscent of a strong “period piece,” but for lovers of the genre, this is an indispensable album of quality psych.

Scott Blackerby writes in the Acid Archives: "... exemplified by tracks such as the 10+ minute "Flowers" and "Don't Make Waves (Water Sound Effects)" the band displayed an awesome affection for sound effects. Having missed the '60s, I can only report that 'tea' was supposedly a reference to dope. However, the plant shown on the cover is not marijuana."