This mono album & rip is also available for listening on YouTube here.

I’ve been wanting to hear this mono version for years. The promo copies of this LP aren’t especially expensive when they show up (relatively speaking, of course — there was one listed on eBay recently for $100) but they barely ever show up, and when they do, they’re rarely in mint condition. After finally getting a very nice copy of this record for an exceptionally reasonable price, I was delighted to find that the mono mix of this album is a dedicated mix with phenomenal, powerful, and incredibly psychedelic sound. The stereo mix of this album has unbalanced mixing with weird channel phasing, while this mono mix has a clear soundstage and emphasizes the psychedelic nature of the album. This is the first and only white-label variation of this record I’ve ever seen anywhere. The usual promo labels are the east-coast yellow variations, where the “Bosstown Sound” Boston-based bands were more popular. Whatever it is, it sounds great!

**UPDATE MAY 2019** -- I've now tracked down one of the yellow-label versions, expecting it to be a sonic upgrade to this west coast pressing of an east coast band, but was surprised to find that the white-label copy actually sounds better than its more common yellow counterpart. I've uploaded raw rips of each and the additional label scans if anyone would like to compare for themselves. 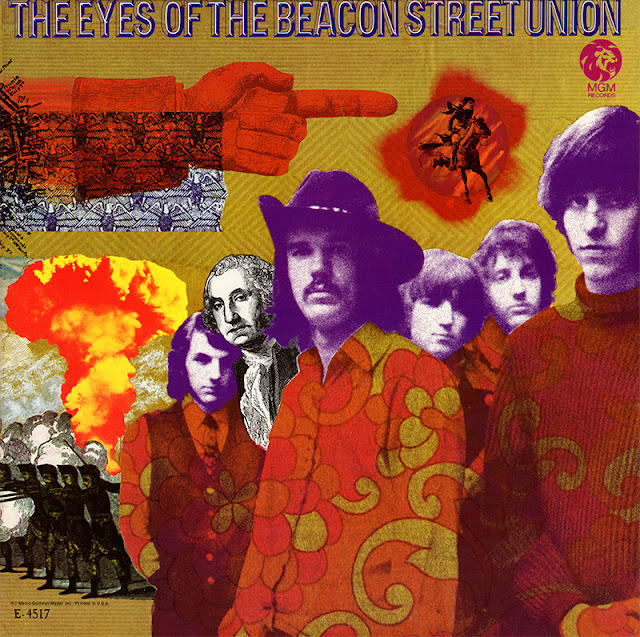 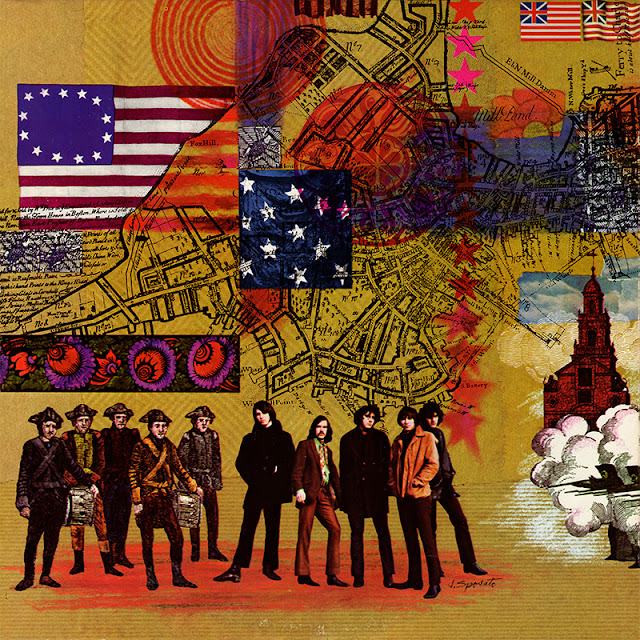 The Beacon Street Union's debut is a fantastic album with a unique sound featuring both rich vocal harmonies and solo delivery, psychedelic organ, cutting guitar, and lots of original compositions. While the cover tracks on side 1 aren't as memorable as the originals, “My Love Is” and “Mystic Morning” there are worth the price of admission for this rare LP alone. The very strong side 2, which features completely original tracks mostly featuring the prominent songwriter Wayne Ulaky, solidifed this album as a classic of the genre. I spoke with Wayne Ulaky briefly about the record, and asked him a couple questions about some of the compositions:

Q: I love the track "Green Destroys The Gold", although I have no idea what it's about. Who are the "pagans in the game"?
Wayne: "Green Destroys The Gold" was an excellent example of bad songwriting. [laughs]
Q: Is "Blue Avenue" near "Beacon Street"?
Wayne: Yes! I was walking home late one night on Beacon Street, there was no traffic, and the street was lit in bright moonlight. I was 18 years old at the time, and wrote that song.

For this rip, I spliced the Tom Wilson (yes, of Zappa/Mothers and Velvet Underground fame) reading poetry segment plus the clip from “The Prophet”, both of which are played before the musical part of “My Love Is”, into its own track called “Introduction”. This enables easy and direct access to the true beginning of “My Love Is,” which I absolutely love -- perhaps my favorite track from the Boston psych scene! Other favorites here are “South End Incident”, “Green Destroys The Gold”, and “The Prophet”, which is a killer song that brings the album into one big psychedelic circle.

Wayne was also kind enough to share two extra recordings, one of which is an unreleased live version of "My Love Is":

Wayne: This is a recording made by a fan about 40-some years ago. Bad quality recording, but this is how it was modified after the original arrangement in 1967. Cheers!

The other track is the final recorded track of the Beacon Street Union, after they changed their name to "Eagle" and released a last album called Come Under Nancy's Tent in 1970. This track can be heard here. 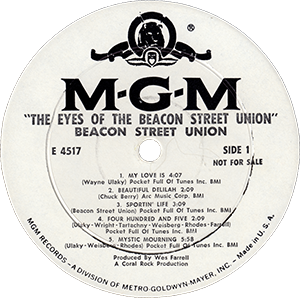 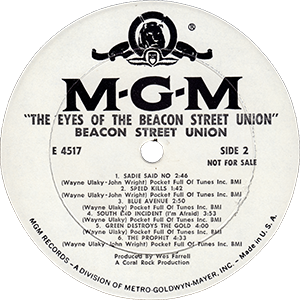 You might hear a little bit of distortion/static in some parts of the endings songs on side 2. I believe this is in the mix so I left it in. Most likely you probably won’t even notice it because it’s really low-level stuff. There were some tape dropouts in the right channel for the first three tracks on side 2. I fixed these before phase alignment and mono collapse so you will not hear them unless you listen to the raw rip.

In addition to this rip, I recommend checking out the group's second album The Clown That Died In Marvin Gardens, which features among other great tracks the song "Angus Of Aberdeen" written by Wayne & drummer Dick Weisberg at only 20 years old! (YouTube link)

Enjoy, guys & gals. And if you get a chance, comments are greatly appreciated!

Posted by ThePoodleBites at 2:38 PM


and freely transfer any rare recordings for you. Alternatively, see the "General Discussion" post here for my want list for albums I am willing to purchase and rip to share here for all. There is too much great unheard music out there to let it suffer at the hand of careless individuals with only a dollar in mind.
For those with such inquiries, you can contact me via email: thepoodlebites561 (at) gmail. Thanks, and enjoy the music!