Original 1967 Mono LP Mix
2017 Jackpot Records JPR 039 (Discogs)
~ThePoodleBites rip at 96kHz/24bit FLAC + full high-res scans!~
If you were to ask three different guys what their favorite West Coast Pop Art LP is, you'd probably get three different answers. By and large, WCPAEB remains one of the most well-known psychedelic rock bands from the L.A. scene (that is, well-known to those who care about such things), and although their album output was quite consistent, none of their records have really stood up as the timeless masterpieces you'd expect given the hype; nonetheless, like all experiments, some are unsuccessful, while others are breakthroughs. The band's second major-label offering, aptly titled Vol. 2 (also Volume II or Volume Two (Breaking Through), depending on where you look), features some of their best tracks, namely "Smell Of Incense," "Suppose We Give A War And No One Comes," and the less-oft-mentioned "Carte Blanche," but otherwise remains relatively inconsistent, for me. Nonetheless, those tracks justify having this album on my shelf in both its stereo and mono forms. 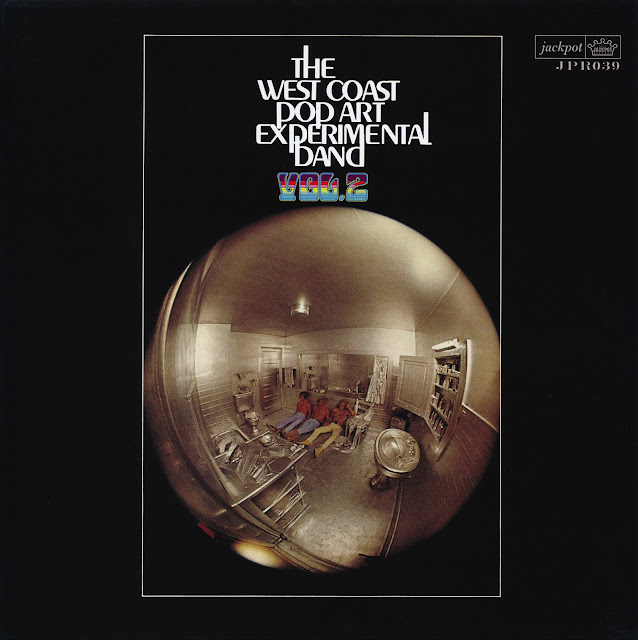 With a band name like this, you immediately get an idea of what to expect from this album. There are elements of experimental music, folk ballads, and of course fuzzed-out acid explosions. The style is admittedly quite varied, which is a plus, but the lyrical content on this album was strongly influenced by bankroller Bob Markley, and frequently ventures into creepy territory -- and not in a good way: it feels like reading a precursor to Nabokov's Lolita while listening to a talented group of guys try their best to make weird, haunting pop songs. Here are some of the my favorite cringe-worthy lines:
"This is an African tribal chant that we wrote" -- spoken by a bunch of white American hippies
"You have a perfectly round tongue... Let me in, let me in! I'll give you candy." -- proclaimed by an emphatic Markley
"You're too young, you're just a child... when you're older, there'll be a place for us" -- oh, God...
"I'd take her riding on my BSA" -- with "BSA" pronounced suspiciously like "penis, eh?"
Several vocals are pretty weak and even a bit out-of-tune, but with the major-label engineering, it was dealt with properly: for example, "Smell Of Incense" wisely used double-tracking with lots of reverb, working to good effect. At the very least, this is a unique LP which has earned its spot in history as a representation of the experimentation that the '60s music scene seems to have come to embody. 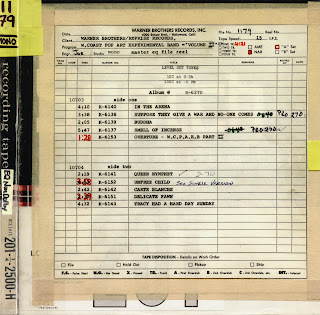 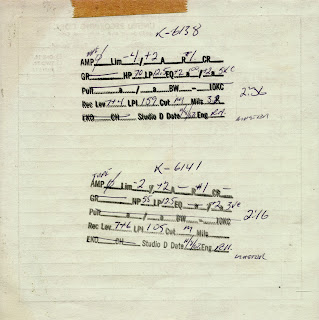 This dedicated mono mix has never (yet) been reissued digitally, which is a bit of a curiosity.  I heard through the grapevine a couple years back that a mono CD boxset was in the works, but it still hasn't appeared, so... here's this. The mono does offer better balance than the stereo version, typical of this period. I bought this reissue a couple years after it came out, and was pleasantly surprised at how excellent it sounded. The audio was sourced from the original 15ips 1-track (mono) mixdown master tape, though probably with some (high-resolution?) digital intermediary. The mastering is pleasant, and the pressing quality is totally superb. It's one of the best reissues I've bought in the last few years. The original might sound better -- but I suspect that it could also sound worse, with the high-end roll-off and inner-groove distortion expected from a '60s mono pop LP. Note that the original mastering notes pictured above call for "HP 55 | LP 12.5," meaning for a high-pass filter at 55 Hz and a low-pass at 12.5 kHz, which isn't that much better frequency response than AM radio.
My dub is from this album's virgin playing, and a full manual restoration only took the matter of a few hours. There is a little bit of noise here and there which is actually on the master, which I left intact: "The Arena" has some audible static, and the baby crying at the end of "Suppose They Give A War" seems to have been dubbed from an LP itself, so there's some light clicks there. I won't enumerate the rest, but you can rest assured that this restoration represents as closely as possible the sound of the mono master tapes as is currently available. 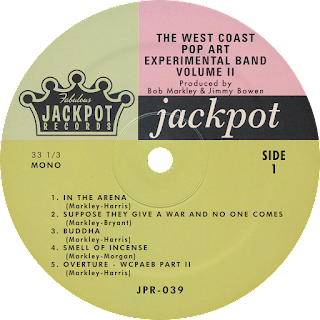 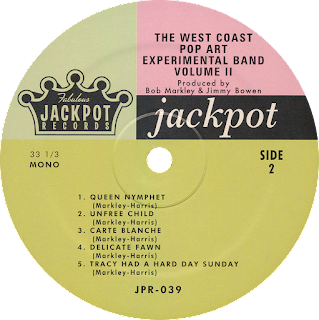 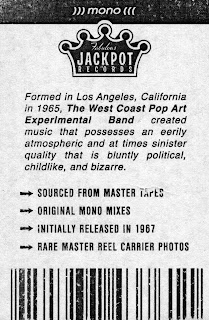 
Thanks for taking the time to read my posts and check out my blog. I'd greatly appreciate it if you leave a small comment below. Notes from my readers are what inspire me to keep going. Thanks!
MEGA: https://mega.nz/folder/ilUyTTxA#6UNb176HthYNb8fN61t8tA