Last month the world lost one of the greatest voices in rock music. Roky Erickson was not just the voice of psychedelic rock, he was the voice of an entirely new generation of sounds, calling with his proto-screams to the future of many punk/hardrock groups his image helped create, along with his own later "horror rock" stream of consciousness. While I do have a number of Elevators albums currently in-the-works in the forms of various mixes/pressings/etc, I just had to post this little flexi-disc single as a memorandum on this page to the man who has entered so many of our lives and given us music that influenced us at the core. This record is by nature lo-fi, loud, and twisted; it makes a statement that only one man could make.

Thanks to my friend M.S. for sharing this disc with me for ripping/scanning purposes! 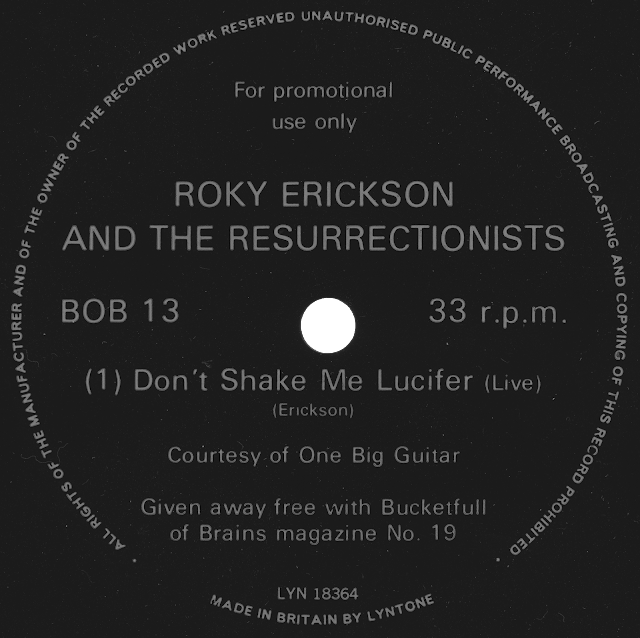