I’m a little bit surprised that this album isn’t as popular as it could be, although I guess that there’s a lot of music like that. But there’s some really great music here: “Uncle Bob White” is a classic album starter, and an all-around great rock/folk chart, followed by “Circle Sky Moon Mix,” which is like the lovechild of CSN and the Grateful Dead. “Song Of The Sea” utilizes a synth which slightly reminds me of track two on Morrison Hotel, and “Marie” is a beautiful, misty album closer … oh, and did I mention, it’s all in QUAD? 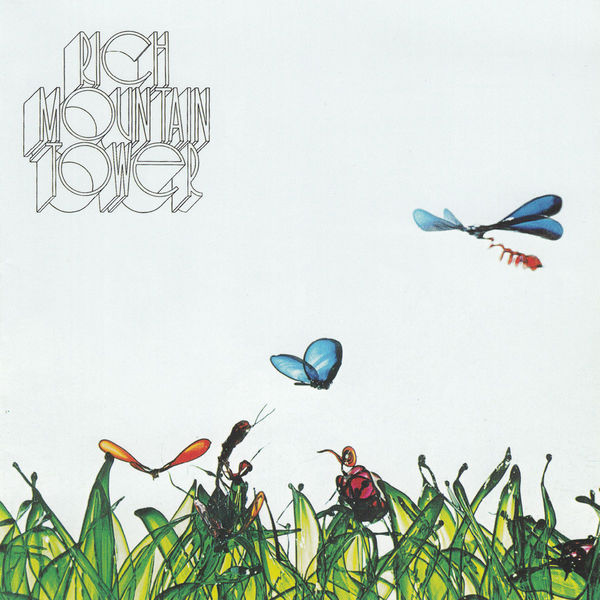 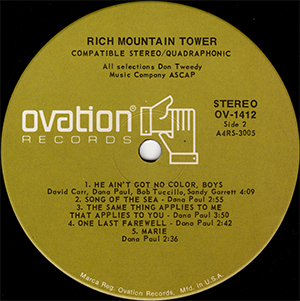 That’s right, folks. For those who aren’t aware of the format, “quadraphonic sound” was intended to be the successor to stereo back in the early ’70s. It was the first commercially-available surround-sound, and provided 4 separate channels of audio information! The format died out after a few years, though, mostly due to too much competition between formats and price prohibition of upgrades. (Those interested in such historical facets should feast their minds here.)

This album actually used the first format on the market to feature quadraphonic recording: “Electro-Voice 4” (commonly EV-4 or Stereo-4 for short). Still in its infantry, quad encoding via EV-4 used a simplistic matrix, meaning that the records had to be decoded using a similarly simplistic (and inverted) matrix, then-mechanized by a dedicated hardware unit. The result was far from discrete (although CD-4 encoding would create discreteness in the future by abandoning matrices and incorporating a 30kHz FM signal in the recording), but the process provided a wrap-around 4-channel effect, still emulating the band’s original intention. EV-4 would shortly be replaced by the SQ and QS algorithms, which could provide slightly better matrix decoding (and are much easier to decode digitally today with discrete-sounding results, mostly due to phase adjustments in the encoding algorithm).

So, I’ve decided to share this rip with y’all a number of different ways. First, obviously, is the stereo vinyl rip, undecoded. It’s what you would’ve heard in 1971 if you bought this and had no idea what the word “quadraphonic” meant. But this is 2016, people, so there’s software decoding methods available.

Also in the “Quad” folder, you’ll find another folder with a different decode. This decode was graciously done by Oxford-Dickie over at Dreaming Spires. Oxford-Dickie has spent a huge amount of time developing his own (full-logic) decoding algorithms for various types of quadraphonic recordings. For the purposes of this share, he offered to decode this album using his “Centaur II” methodology. There are 4.0 channel FLACs (96kHz / 24bit) and a 96kHz DTS file for various disc-burning purposes.

But that's not all! two more directories, the first being:
Hardware Decode
I purchased an old hardware decoder which applied the correct EV-4 decoding matrix in the analog realm. This required a lot of electronic refurbishment; I replaced all the resistors with metal foil < 1% (some 0.1%) low-noise versions (they were previously the regular carbon type), and replaced all the electrolytic capacitors with as nice of ones as I could find without making custom orders, and replaced the ceramic caps with metal foil ones. I even replaced the stock unit indicator lamp with an LED (and a resistor in series). The result of this was that the sound of the unit was drastically improved from its initial state … and actually, that it sounds almost identical to the software decode using the algorithm I have posted above! So we can finally put to rest that the software algorithm *does* correctly replicate the expected EV-4 decoder behavior. So I didn’t clean up these files, or even post side 2 … they are there for verification purposes only, if you care so much to do so.

Dolby PLII Decode
It has been stated in numerous places (link above, Hoffman forum, Quad forum) that Dolby ProLogic II actually decodes EV-4 quite well. Testing on my receiver, I can verify — it works extraordinarily well, and sounds very natural, with excellent channel separation. With the official PLII software tool from SurCode, I was able to do the same decoding via my computer. And I can officially say, this is *the* way to hear this album. The quadraphonic effects are finally clearly audible: guitars are in the rear for “Uncle Bob White,” guitar gently swirling around all four speakers in “Marie,” and the astounding quad mix of the wind at the beginning of “Song Of The Sea”. The most clear comparison is possibly in “One Last Fairwell,” where the guitar starts in the rear left channel only. With the EV-4 decode, this can be heard, but the effect is not nearly as balanced or pronounced. The additional logic in PLII looking at out-of-phase information is able to extract this audio far better than a simple mixing of channels.

***
tl;dr — For those who want to hear this album in quad, play it with Dolby PLII, or listen to the files I’ve posted here using that decoding method. Although it is not technically the “historically accurate” way to process the quad, the fidelity is much better than the original EV-4 algorithm.
***


Google Drive: https://drive.google.com/open?id=0B2HCgdPZLIqXcGk2aGNXdHpXWW8
My vinyl copy is still in the shrink wrap, and I’m not planning on breaking the seal for any scans. My goal by offering all of the stereo rip and two different quad decodes is that the listener can decide which version he/she prefers and trusts for his/herself! So happy listening. 🙂 And as always, comments are welcomed.
Posted by ThePoodleBites at 7:18 PM