Jeff & Jay - Moment Of Your Time / Flying Into Tampa Bay

Here's one of the many very interesting post-Omnibus obscurities. After the original Omnibus disbanded, Joseph (Jay) Polt moved to Clearwater, FL where he eventually joined up with musical partner Jeff Reeder. Bob Wegrzyn, the Morrison-esque voice behind Omnibus, would come to visit Jay in Florida and tour as "Omnibus II", and they wrote a number of songs together in the '70s. One of them was "Moment Of Your Time," for which no recording is known to exist of the two playing together. This song ended up being the last song that Jay and Wegrzyn would write together. However, Jeff & Jay recorded the track along with their own "Flying Into Tampa Bay" and put it on this private-pressed single (with quite the clever record label name). The music is far more pop-based than anything from Omnibus, featuring prominent synthesizer and electronic drums, but it is still essential for the devoted Omnibus fan such as myself. 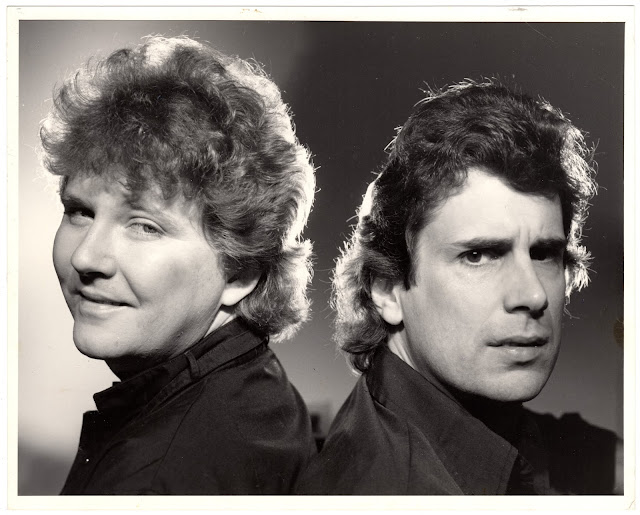 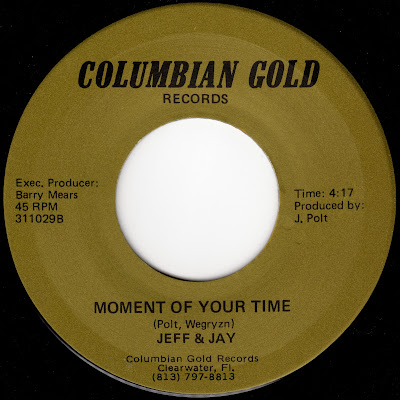 Two additional tracks are included here. One is a modern re-recording of "Moment Of Your Time" by Jay using his keyboard and a synth drum track. The other is "Flying Into Tampa Bay," actually from a 15ips reel-to-reel tape transferred by my friend @noxid. I'm not entirely sure if the reel and 45 have the same mix, so I've included both here.