Apart from psychedelia, I’m a huge sucker for good ’50s rock ‘n’ roll / doo-wop. And to put it in perspective — this is probably my favorite 45 RPM single that I own. The vocal delivery on the first side is beautifully done; bluesy, yearning, youthful. And, side 2 features a second vocalist for a faster-paced chart. It’s a great duo. 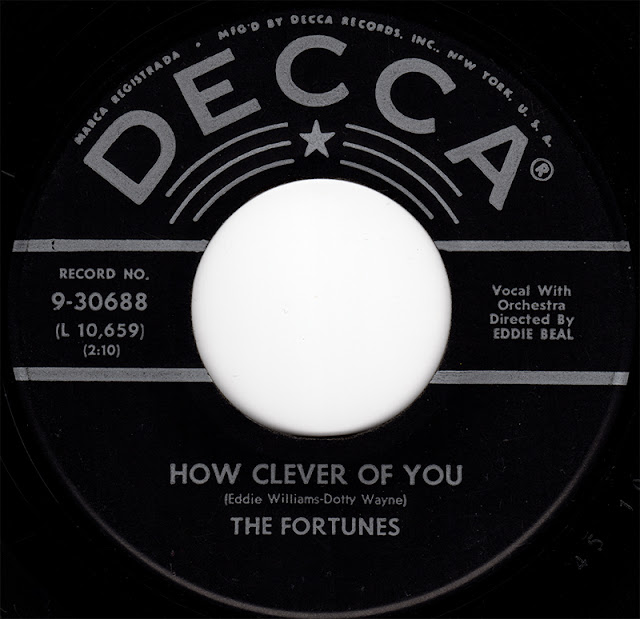 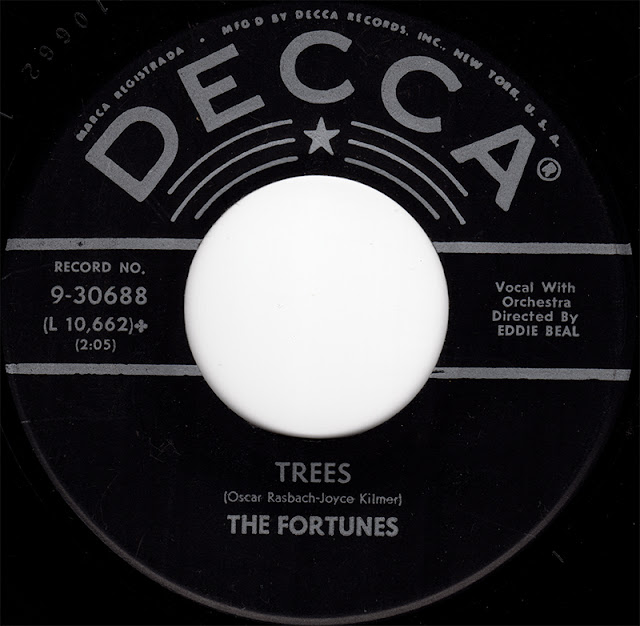 Here’s a biography that I copied off some video on YouTube:
When the Aladdins disbanded, their manager, Buck Ram, built a new group around Eddie Williams: The Fortunes. Don Wyatt was a member of the Fifties vocal groups the Colts (who recorded ‘Adorable’ on the Vita imprint, ‘Sweet Sixteen’ on the Plaza imprint and ‘Oh, When You Touch Me’ for Delco Records). The Colt’s featured vocalists were Don Wyatt and Eddie Williams, who had replaced members who had been drafted into the armed forces. Don had also worked with Nat King Cole. Moreland was a member of many vocal groups including The Ink Spots, The Dominoes, The Du Droppers, The Chanteclairs, The Cadets, The Crescendos, The Colts, The Fortunes, The Hollywood Flames, and possibly The Sevilles (the group that had a hit with “Charlena” in 1961).

The group had one other single for Decca in 1958, “Tarnished Angel / Who Cares,” which I’d love to find some day.

Email ThisBlogThis!Share to TwitterShare to FacebookShare to Pinterest
Labels: Fortunes