This is another record for which we all owe a great debt of thanks to @psychtrailmix. He introduced me to this *amazing* album and purchased this excellent-sounding reissue for our enjoyment. This is the first and only legitimate reissue of this record on any format since the original 1978 pressing, which now sells for around $1k when it shows up. It is also the only reissue on any format with such great sound. This is essential!

*** UPDATE AUGUST 2019 ***: Although the main album tracks here have been transcended by my restoration of the original 1978 pressing, the bonus tracks & alternate mix of side 1 are still essential here, so I've redone the mastering by subtracting my system's frequency response to lend a more neutral presentation of this reissue which should be regarded as closer to the original intention. Unsubtracted tracks and raw rips are available in the "Working Versions" folder as always. 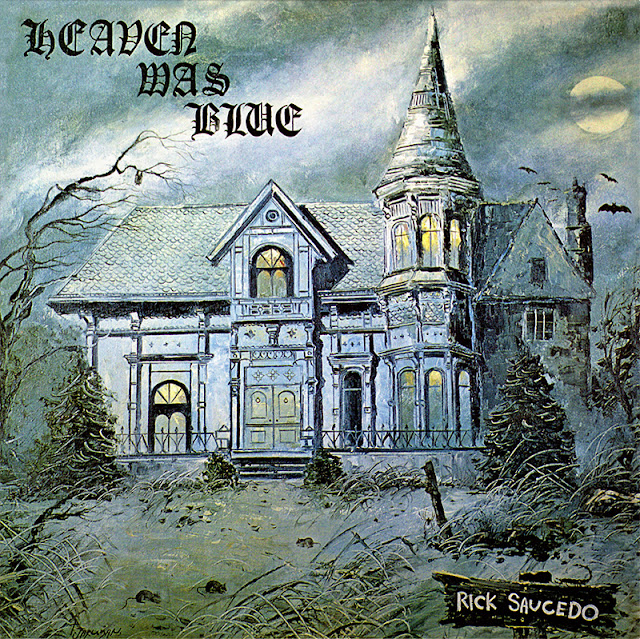 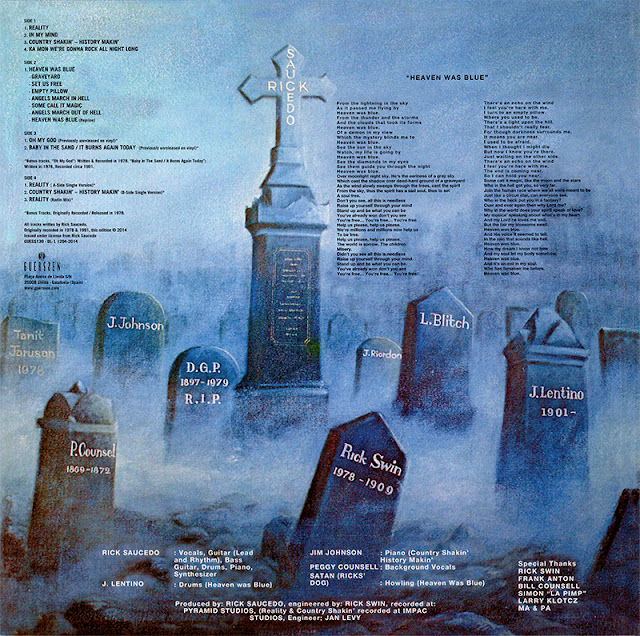 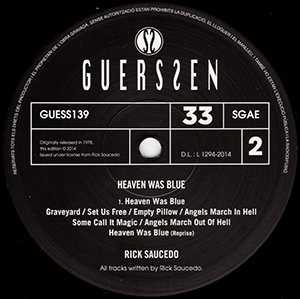 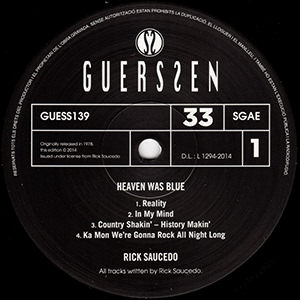 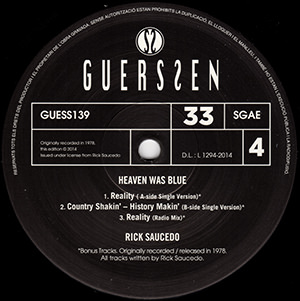 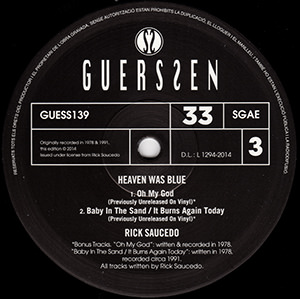 I am actually quite surprised I was never introduced to this excellent private-press record before. While working on this rip, “Reality” rather quickly became one of my favorite songs, and the following “In My Mind” is easily of the same caliber. The two roots rockers that close out side A could have probably been skipped, but the ~eighteen-and-a-half-minute title track that fills up the B-side is a masterwork combining dreamy psych with elements of prog, and without succumbing to the pitfalls of either genre. I think what many lovers of this record find most amazing, or perhaps most comical, is that Rick Saucedo is actually a very successful Elvis impersonator, and had become quite well-established by the time of this LP’s recording and release. You would have never known it from the acid-influenced soundscapes painted here, or Saucedo’s emotive voice echoing across the graveyard.

Saucedo recorded all the tracks on this by his lonesome (except for one or two things), which is really quite impressive, as the playing is top-notch apart from maybe one or two flubs. Patrick Lundborg of ‘The Acid Archives’ fame gave this album a 9/10, and he said if you neglect the last two A-side tracks, it is easily a 10/10 album. I very much agree: apparently the track “Oh My God” (a bonus track included here) was supposed to be included on the original LP after “In My Mind” to continue the concept from the previous songs, but was cut from the final release by Saucedo’s management without the artist’s permission. I think that if you replace the two weaker tracks (reminiscent of the King?) with this track, this is a perfect record, eyebrows and all.

One final note: the long self-titled track (which I have tried to split into the appropriately-titled sections here, per the liner notes) and the radio mix of “Reality” have a weird sonic signature not found elsewhere on this record. There is some noise at 16kHz and then the signal is suddenly reduced. There is also a hint of essing and distortion. This is not from my equipment or rip, it is from the source material used to cut this LP. On these tracks, you may also hear some nonmusical clicks or pops, and these are also not from my rip — by looking in the spectogram, it is clear that they are in the original source material as well. Most of these I’ve manually removed noninvasively (I guarantee that Saucedo didn’t intend for there to be noise in his album), but some I’ve left in because they could not easily be removed. You probably won’t even notice them, though, as they’re pretty low-amplitude. And all that said, like I mentioned above: this is still legions better than any of the CDs!

In fact, this record was exceptionally clean — apart from the mono single-mix tracks, which I believe were professionally-done, excellent-sounding rips from one of the original 45RPM records (unreleased and only 100 copies made), the music here only required a few clicks/pops to be manually removed from each song. Guerssen is an excellent label with high-quality vinyl, and they always tend to use the best-possible sources without messing up the sound. I am always very happy with their products. (I hope their standards don’t disintegrate like Sundazed seems to have done!)

Posted by ThePoodleBites at 1:25 AM